Abbot's lodging and dovecote, Fontenay Abbey, Marmagne, Cote d'Or, France. This Cistercian abbey was founded by Saint Bernard of Clairvaux in 1119, built in the Romanesque style. The Abbot's house was built in the 18th century and has symmetrical windows and a sober elevation. It served the commendatory abbots, those new abbots nominated by the King when Fontenay passed into the hands of the Commendatum in 1574. The dovecote with its conical roof can be seen on the left, it was used for keeping pigeons, dates from the 12th and 13th centuries and has walls more than a metre thick. The abbey itself housed 300 monks from 1200, but was sacked during the French Revolution. Picture by Manuel Cohen 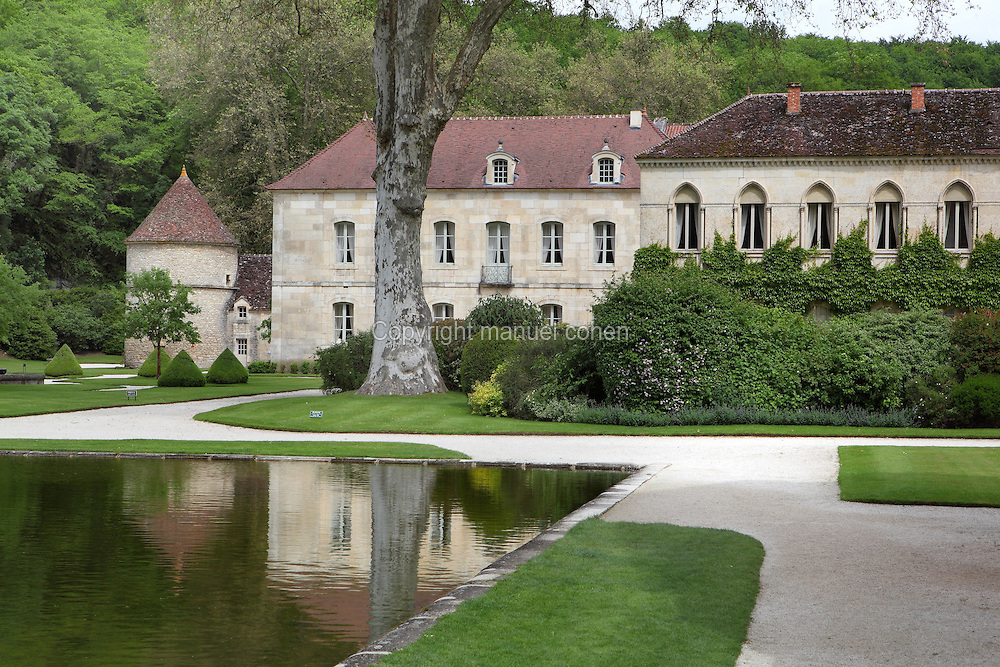