Sleeping position of slaves in the pack, showing the cramped position the slaves were forced to adopt in the slave ship, illustration from the Illustrated London News, 20th June 1857, engraving after a photograph. In April 1857 a British naval vessel captured the slave ship Zeldina and brought it to Port Royal, Jamaica, freeing the 370 survivors of the 500 Africans who boarded in Angola 46 days earlier. The slaves had been kept in appalling squalid conditions, which were outlined in a letter to the editor which accompanied several illustrations. Copyright © Collection Particuliere Tropmi / Manuel Cohen 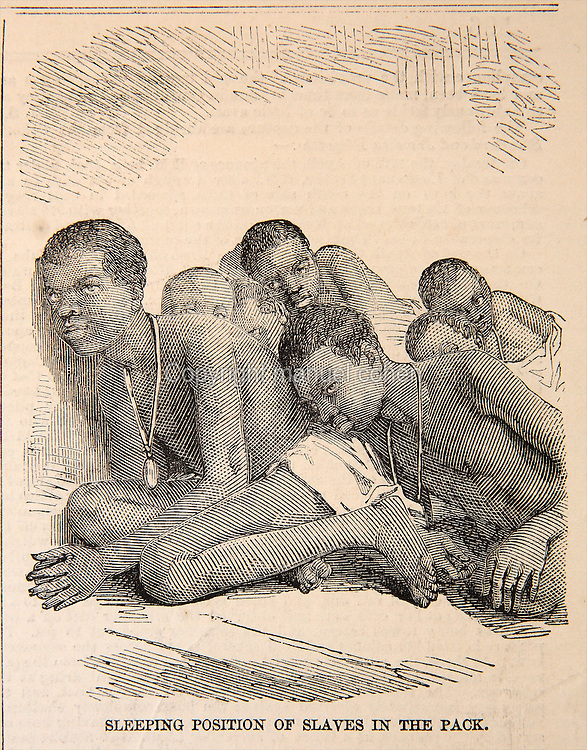