Castillo de Loarre or Loarre Castle, a Romanesque fortress begun in the 11th century, at Loarre, Huesca, Aragon, Spain. The first structures, including the Chapel of Santa Maria, were built c. 1020 under Sancho el Mayor and more 1073-97. The castle consists of several buildings built over a rocky outcrop, with the outer ramparts and towers built in the 14th century. The castle is listed as a Cultural and National Monument. Picture by Manuel Cohen 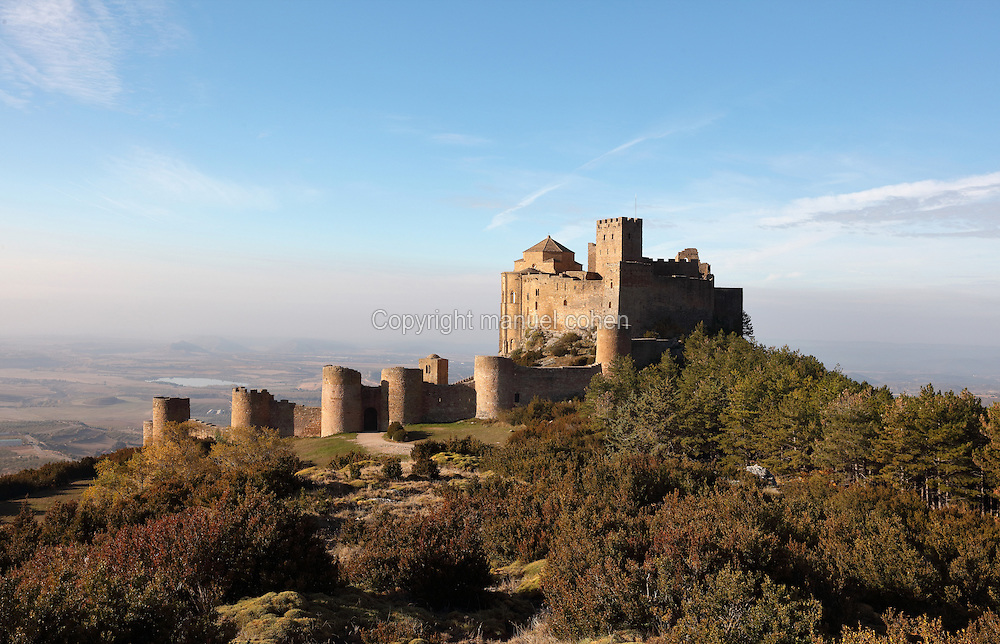