French, German and European flags behind barbed wire on the grassed roof of the Fort de Douaumont, built 1885-1913, the largest of the 19 defensive forts around Verdun, Meuse, Lorraine, France. In 1916, during the Battle of Verdun in World War One, the German army occupied the fort, which was only recaptured after 9 months of intense fighting and the loss of tens of thousands of men, ending in the First Offensive Battle of Verdun on 24 October 1916. Picture by Manuel Cohen 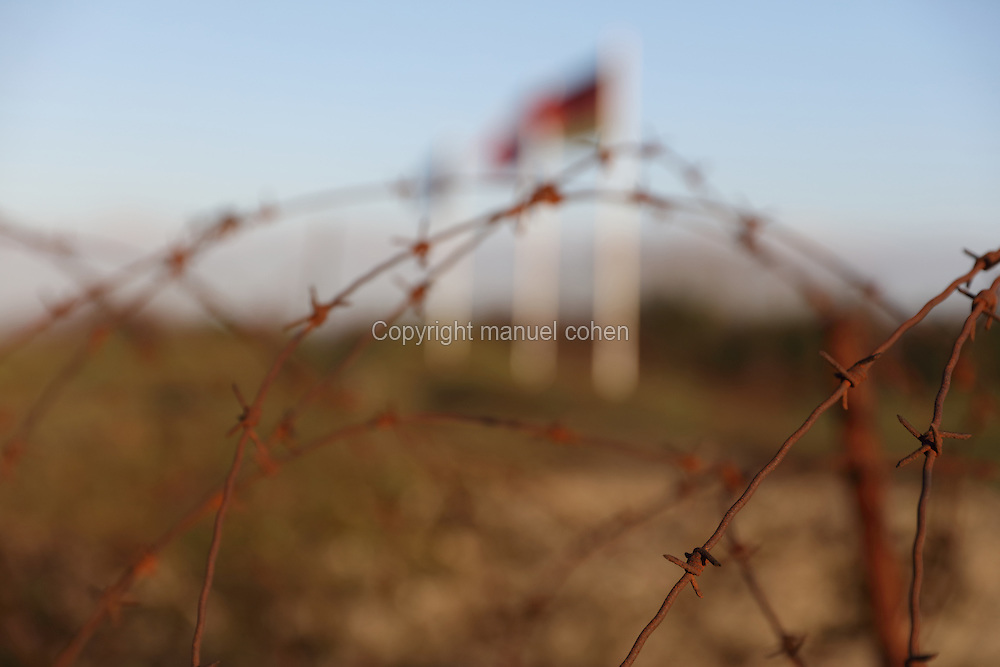