Royal tombs of Eleanor of Aquitaine, 1122-1204, and King Henry II Plantagenet of England in the nave of the Abbey Church at Fontevraud Abbey, Fontevraud-l'Abbaye, Loire Valley, Maine-et-Loire, France. Henry, 1133-1189, ruled from 1154 and was a benefactor of the monastery. His effigy is carved in stone and was painted, he wears a crown and blue robes edged with gold and holds a sceptre. Eleanor reads a book and wears a crown and nun's wimple and her robes are blue and white. No bodies remain in the abbey as the tomb was raided during the French Revolution. Fontevraud Abbey was founded in 1100 by Robert of Arbrissel and became a double monastery for both monks and nuns, led by an Abbess. The Order was dissolved during the French Revolution. Picture by Manuel Cohen 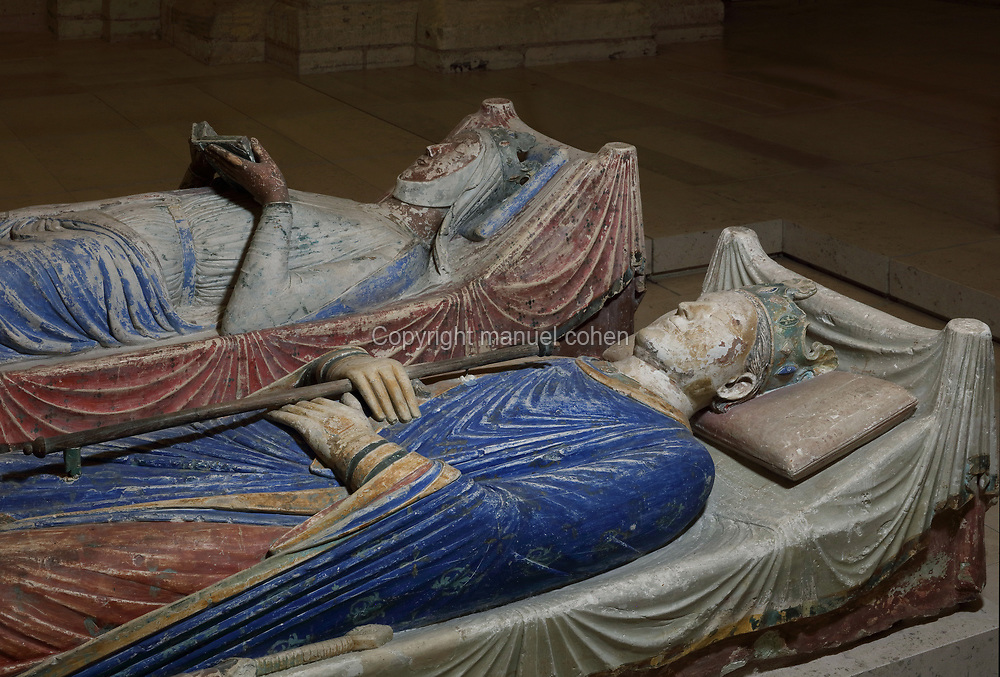