Effigy of Philippe of France, 1222-35, son of Louis VII and Adele de Champagne, younger brother of Saint-Louis, with head supported on a pillow by 2 angels, made early 13th century, originally from the Abbaye de Royaumont and brought to Saint-Denis in 1817, and behind, funerary monument of Louis XII, 1462-1515, and Anne of Brittany, 1477-1514, made 1516-31 in Carrara marble by Giovani di Giusto Betti, 1479-1519, in the Basilique Saint-Denis, Paris, France. The mausoleum resembles an antique temple and is surrounded by the 12 apostles and the 4 cardinal virtues, Prudence, Might, Justice and Temperance and the plinth is decorated with bas-reliefs of the Italian wars. The basilica is a large medieval 12th century Gothic abbey church and burial site of French kings from 10th - 18th centuries. Picture by Manuel Cohen 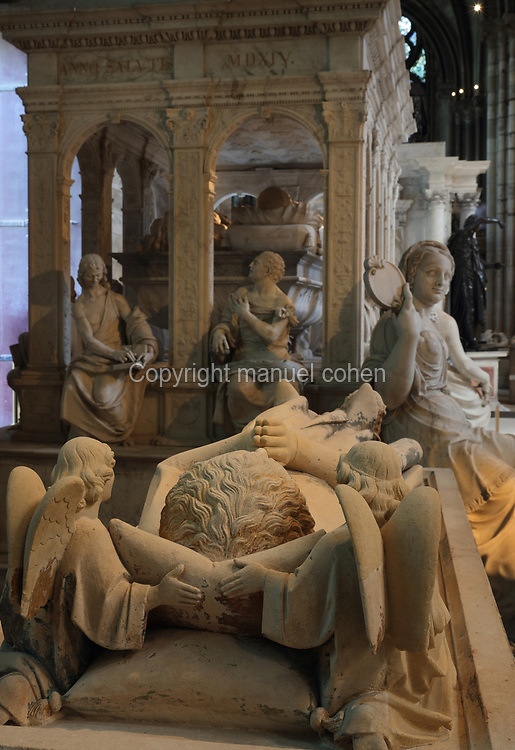