Gallic inscription in latin characters, 'Martialis, son of Dannotalos, offered Ucuetis this building and that with blacksmiths who honor Ucuetis in Alesia', discovered in 1839 near the forum, in the collection of the Musee Municipal d’Alise, displayed in the Centre d'Interpretation, a visitor centre designed by Bernard Tschumi, at the MuseoParc Alesia, on Mont-Auxois near Alise-Sainte-Reine, Burgundy, France. Alesia was originally a Celtic settlement which became a Gallo-Roman town after being conquered by Julius Caesar during the Gallic Wars. Alesia is the site of the Battle of Alesia, 52 BC, when the Romans under Julius Caesar defeated the Gauls under Vercingetorix. Picture by Manuel Cohen 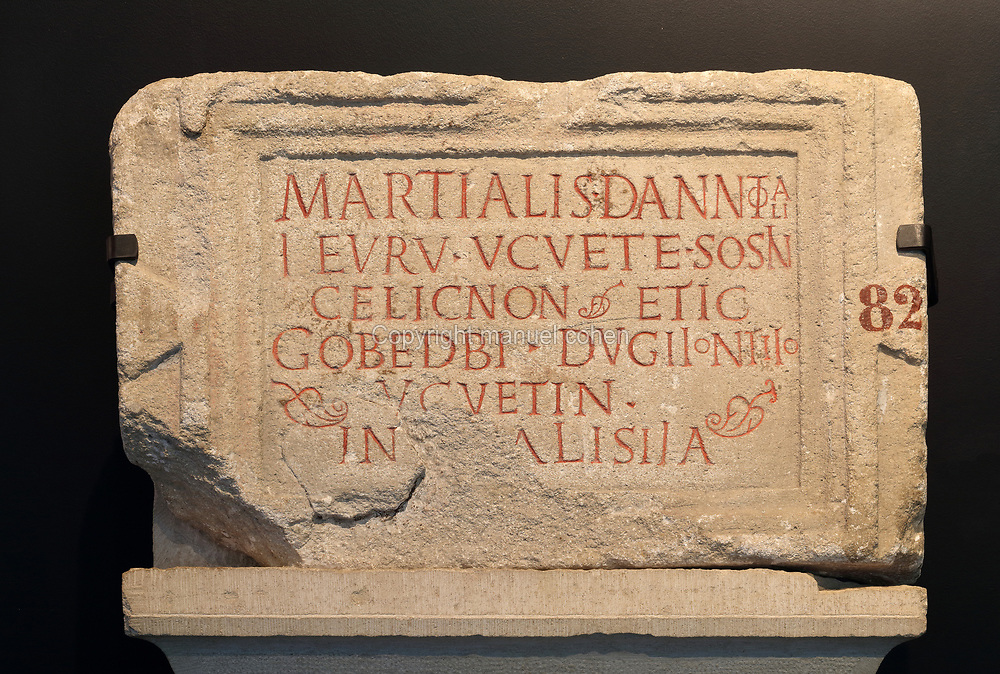