Shakespeare Memorial, with an alabaster figure, 1912, of William Shakespeare, 1564-1616, who lived in Southwark, 1912, by Henry McCarthy, 1839-1917, in the South aisle of the choir of Southwark Cathedral, or the Cathedral and Collegiate Church of St Saviour and St Mary Overie, at London Bridge, Southwark, London, England, UK. Above the stone niche is the Shakespeare Memorial Window, 1954, by Christopher Webb, 1866–1966, commemorating the playwright and replacing the original window destroyed in the Second World War. The original priory church was begun here in 1106 and parts of the Gothic building built 1220-1420 remain, although the church was altered until the 19th century. Picture by Manuel Cohen 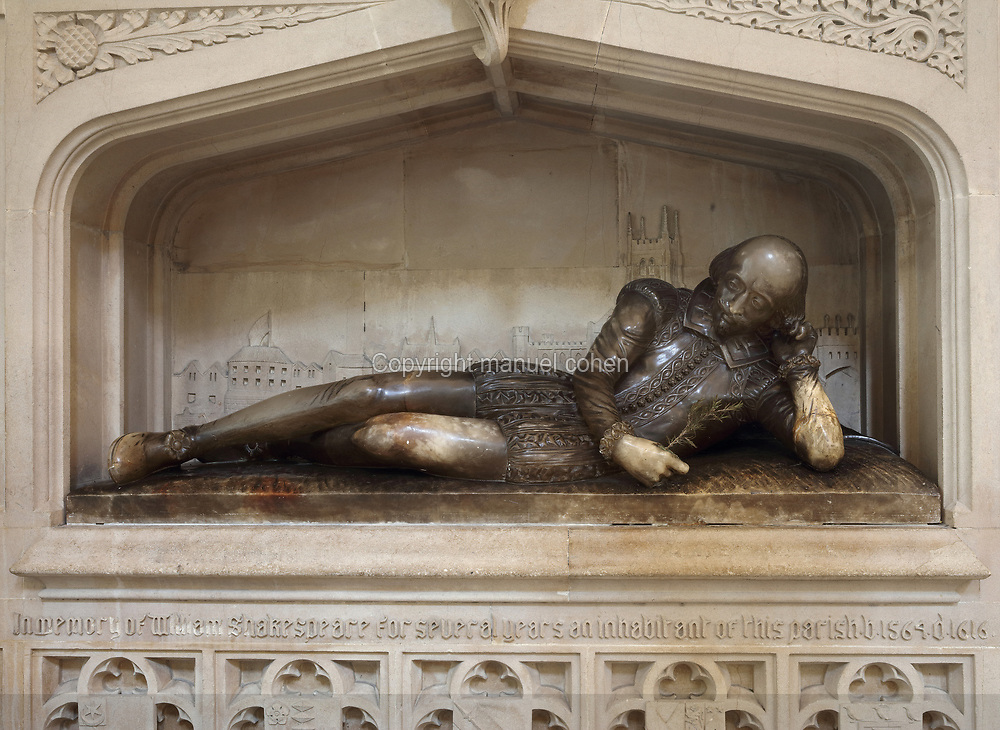