Renaissance cloister of the Convent of Sant Salvador de Horta, or La Mare de Deu dels Angels Convent, or Convent of St Mary of the Angels, 12th - 17th centuries, Santa Salvador mountain, near Horta de Sant Joan, Terra Alta, Tarragona, Spain. The cloister is 2 storey structure of column-supported arches with a central well. The church itself is a 13th century Gothic building, built during the rule of the Templar knights. The Franciscan convent was founded in 1543 and became an important pilgrimage site after the death of Saint Salvador de Horta, who stayed here for 12 years and performed many miracles, in 1567. In 1985 the mountain and convent were listed as an Historic-Artistic Monument. Picture by Manuel Cohen 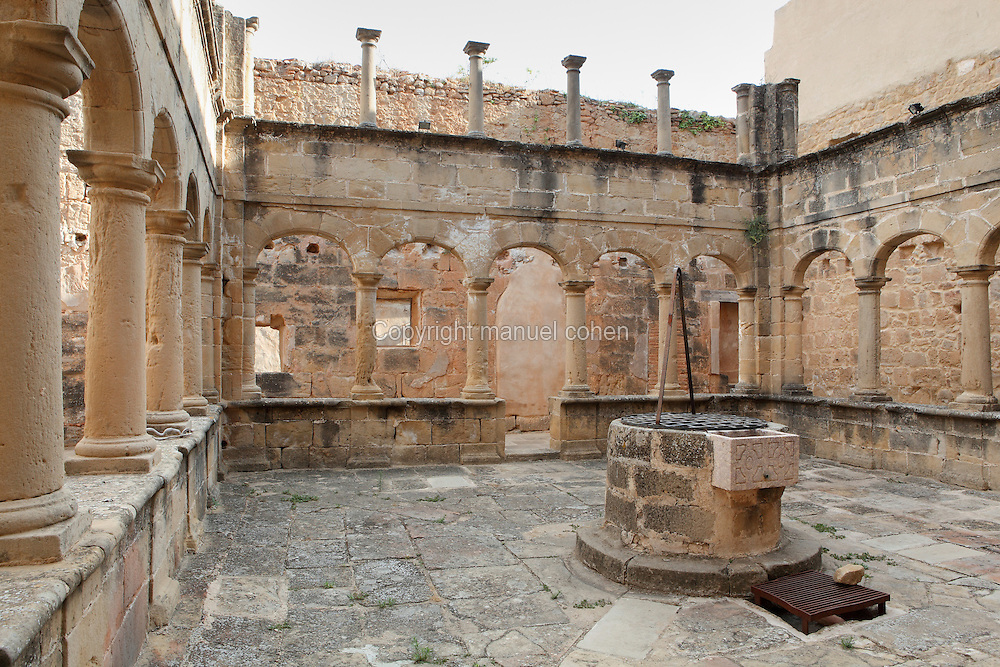