Altarpiece of the high altar dedicated to St John the Baptist, made late 16th and early 17th century in Renaissance style by C Perret from Burgundy, in the choir of Perpignan Cathedral, Perpignan, Pyrenees-Orientales, France. The central niche holds a statue of St John the Baptist backed by a catalan flag, and the relief scenes depict scenes from the life of the saint. The altarpiece is carved from alabaster and marble. The Cathedral Basilica of Saint John the Baptist of Perpignan, or Basilique-Cathedrale de Saint-Jean-Baptiste de Perpignan was begun in 1324 by King Sancho of Majorca in Catalan Gothic style, and later finished in the 15th century. The cathedral is listed as a national monument of France. Picture by Manuel Cohen 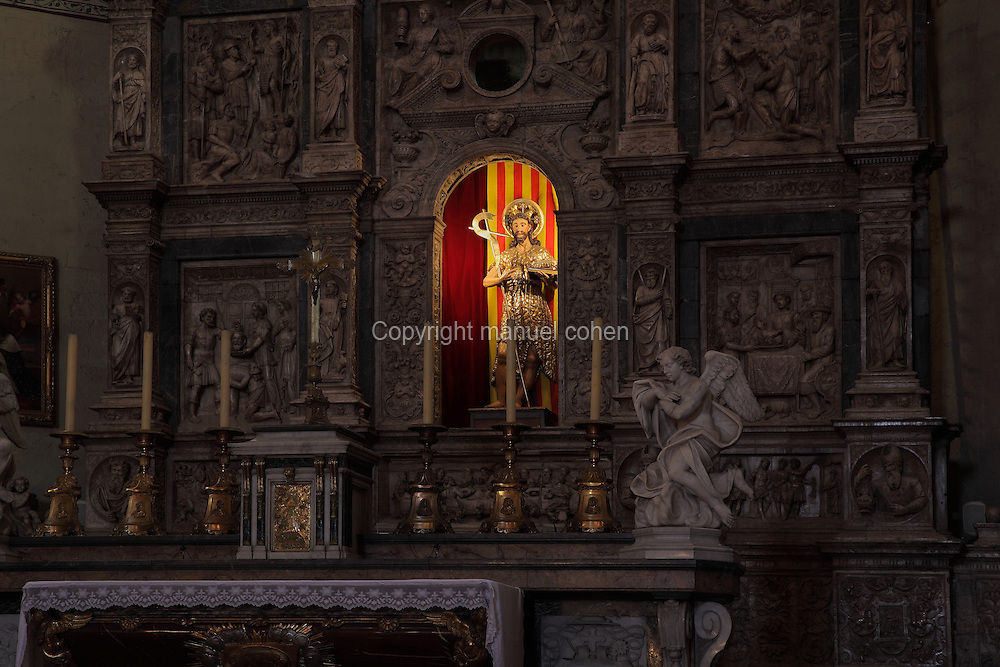