The Roman Theatre, dating from the 2nd century AD with a capacity of 2200, built on the same site as an earlier Hellenistic one, with remains of the stage building, and behind, the Greek Harpy monument (right), 470-460 BC, a 7.5m high pillar tomb with burial chamber on top with relief carvings of sirens taking the souls of the dead to heaven, and the unusual Lycian pillar tomb (left), thought to date from the 4th century BC, a Lycian sarcophagus on top of a short pillar tomb, Xanthos, Antalya, Turkey. Xanthos was a centre of culture and commerce for the Lycians, and later for the Persians, Greeks and Romans, and was listed as a UNESCO World Heritage Site in 1988. Picture by Manuel Cohen 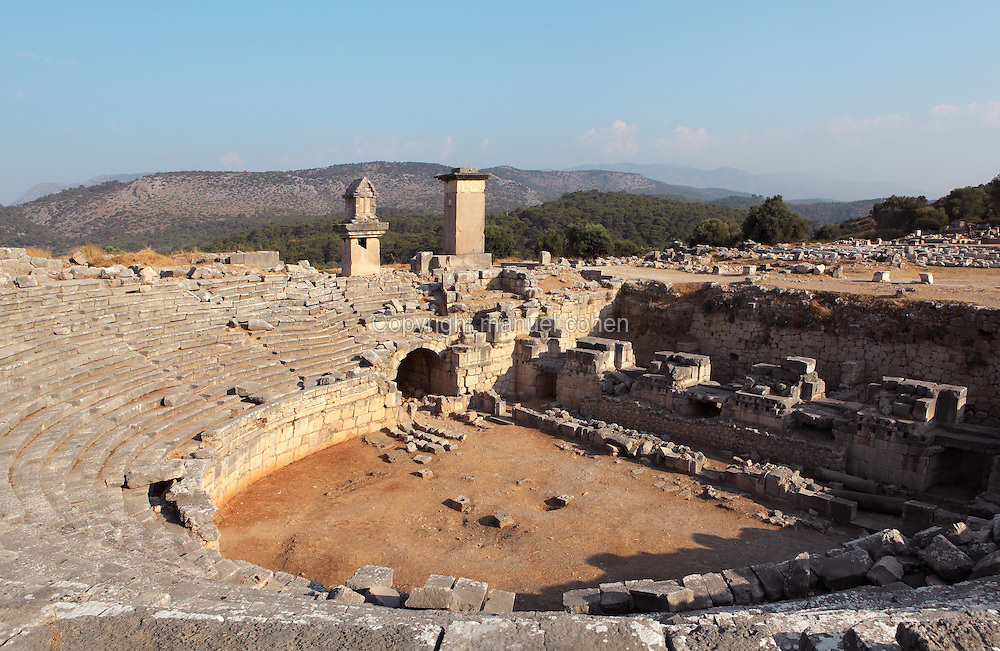