Confederate Soldiers Monument, 1903, by Pompeo Coppini, base designed by Frank Teich, in the grounds of the Texas State Capitol, containing the Texas Legislature and the Office of the Governor, designed in 1881 by Elijah E Myers and built 1882-88, Austin, Texas, USA. The monument depicts a statue of Confederate President Jefferson Davis surrounded by 4 Confederate soldiers representing Infantry, Cavalry, Artillery and Navy, and commemorates those who died in the Civil War, 1861-65. The inscription reads, 'Died for state rights guaranteed under the constitution. The people of the south, animated by the spirit of 1778, to preserve their rights, withdrew from the Federal compact in 1861. The north resorted to coercion. The South, against overwhelming numbers and resources, fought until exhausted.' Picture by Manuel Cohen 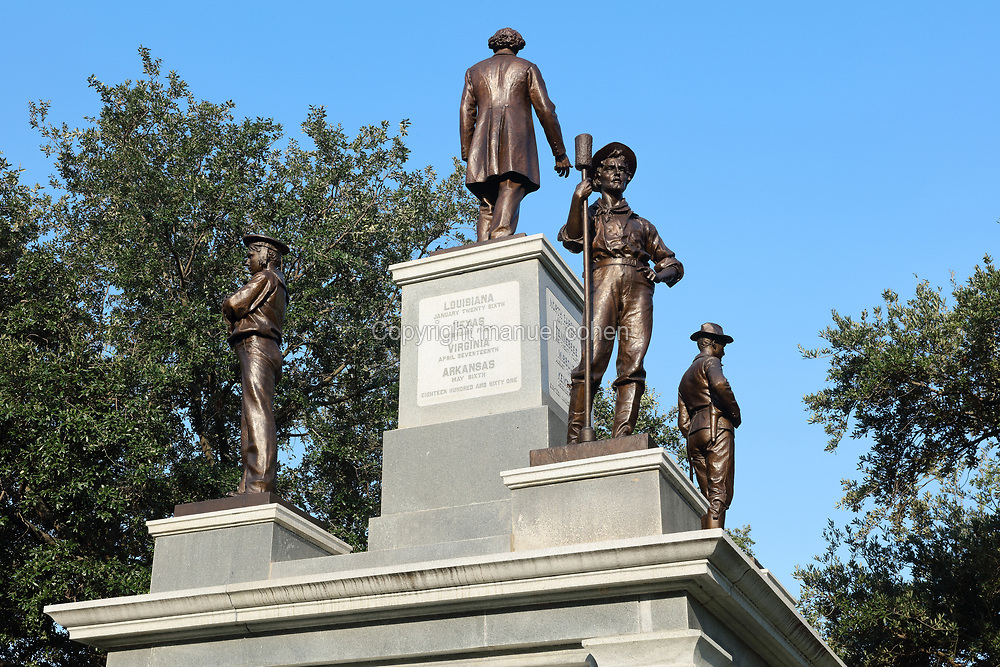