Pair of Roman leather shoes with studded soles, belonging to a man and thrown away in good condition into the ditches surrounding the fort at Vindolanda, in the Vindolanda Museum, Hadrian's Wall, Northumberland, England. Over 4000 pieces of footwear have been excavated here, but this is the only pair. The fort ditches were used as a rubbish dump, where the soft black ditch silt covered by water created a perfect environment for preservation. Hadrian's Wall was built 73 miles across Britannia, now England, 122-128 AD, under the reign of Emperor Hadrian, ruled 117-138, to mark the Northern extent of the Roman Empire and guard against barbarian attacks from the Picts to the North. The Vindolanda Museum is run by the Vindolanda Charitable Trust and forms part of the Hadrian's Wall UNESCO World Heritage Site. Picture by Manuel Cohen 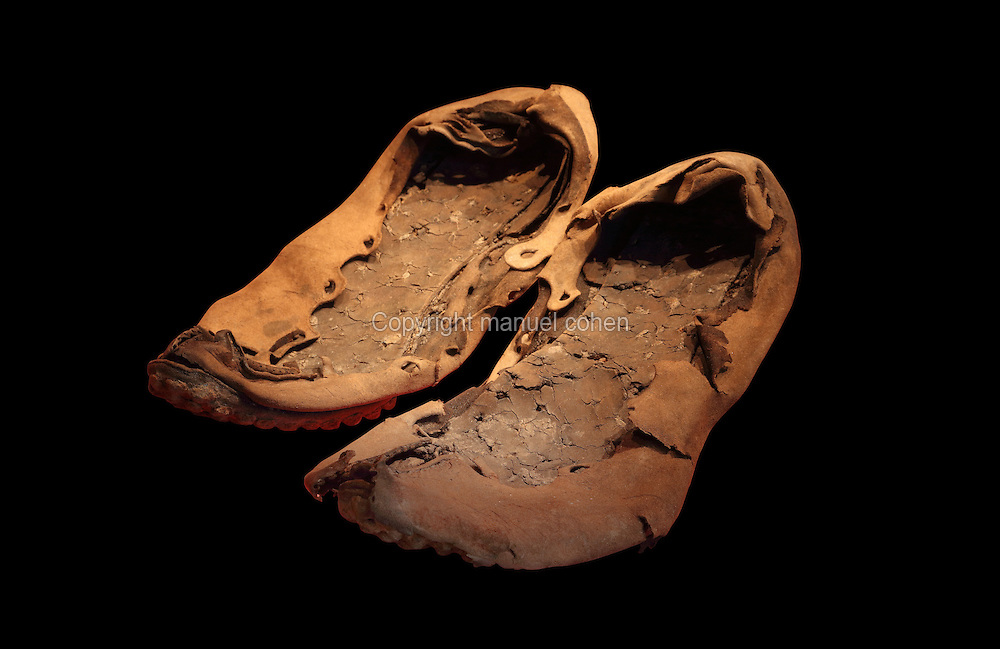