Putto, from a carved sarcophagus found at Aphrodisias, Aydin, Turkey. Sarcophagi were recovered in various locations, often with designs of garlands and columns. The Sculpture School at Aphrodisias was an important producer of carved marble sarcophagi and friezes from the 1st century BC until the 6th century AD. Many sarcophagi were decorated with lively reliefs, symbolizing the desire to deny the eternal darkness of death. Aphrodisias was a small ancient Greek city in Caria near the modern-day town of Geyre. It was named after Aphrodite, the Greek goddess of love, who had here her unique cult image, the Aphrodite of Aphrodisias. The city suffered major earthquakes in the 4th and 7th centuries which destroyed most of the ancient structures. Picture by Manuel Cohen 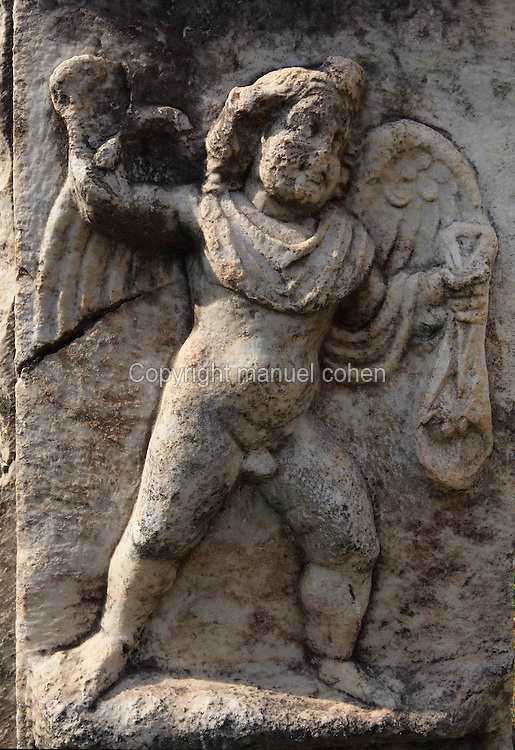