The Scriptorium, built 1215-20, renamed the Salle des Chevaliers or Knights Chamber in the 15th century when King Louis XI founded the Order of the Knights of Saint Michel, in the Merveille, built 1203-28, to the North of the Abbey Church, built with a donation from the King of France, Philip Augustus, at Mont-Saint-Michel or St Michael's Mount, a tidal island housing a Benedictine abbey founded in 966, and other medieval buildings within strong defensive ramparts, Normandy, Northern France. The room is Norman in style, with 3 rows of columns with carved capitals, a cross vaulted ceiling, windows and 2 fireplaces. Mont-Saint-Michel is listed as a UNESCO World Heritage Site and its abbey and many other buildings are historic monuments. Picture by Manuel Cohen 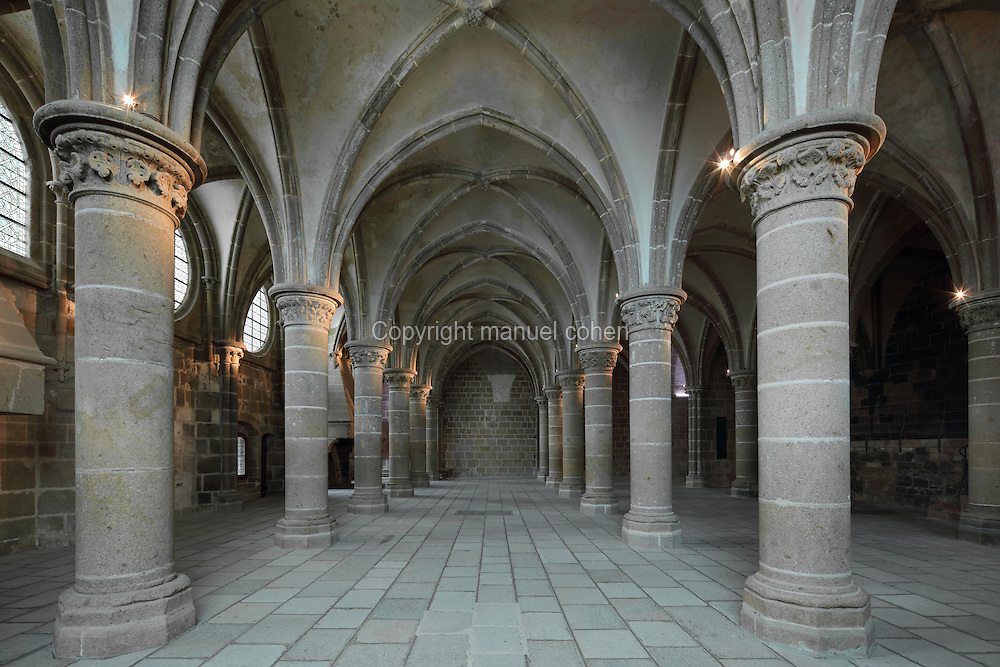