Fireplace, 15th century, with coat of arms of James VI of Scotland and I of England and Ireland (a Scottish unicorn and English lion), in Laich Hall, in Edinburgh Castle on Castle Rock, Edinburgh, Scotland. This room was remodeled as a dining hall for James VI’s golden jubilee in 1617, where he held a grand banquet. The first royal castle built here was under David I in the 12th century, and the site has been built on, attacked and defended ever since. The castle now houses military museums and the National War Museum of Scotland and is run by Historic Scotland. Picture by Manuel Cohen 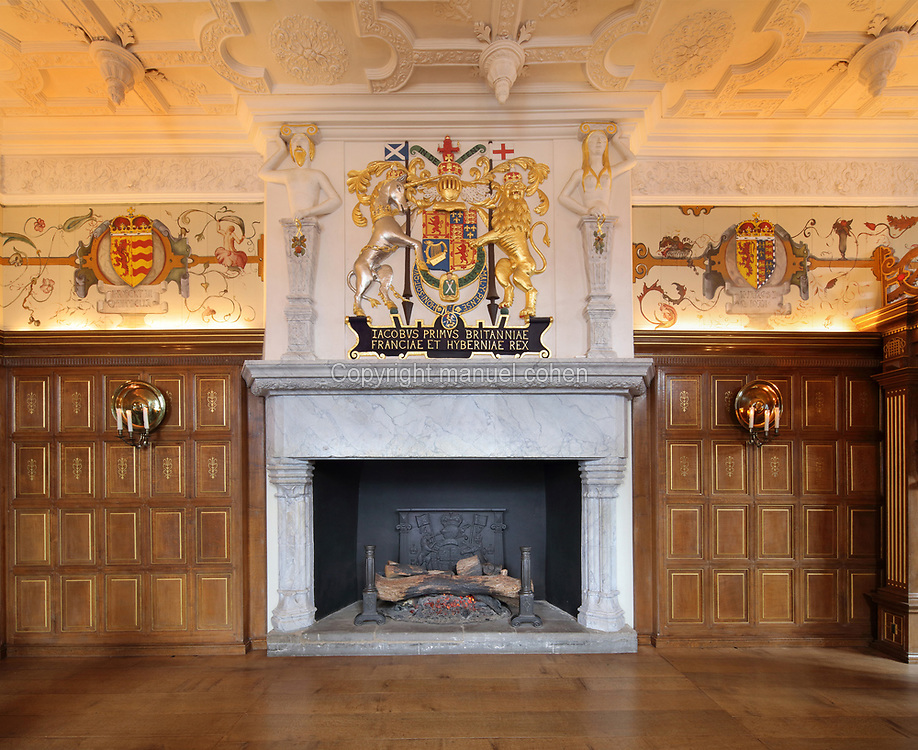