Graffiti drawn on a cell wall by a prisoner of the Inquisition, in the Sala delle Udienze in the Palazzo Chiaramonte-Steri, a 14th century palace built for Manfredi III Chiaramont, which became a jail during the Spanish Inquisition, in Palermo, Sicily, Italy. The palace is now a museum and during restoration led by Antonino Catalano at Palermo University, plaster was removed to reveal the poems, words and drawings of inmates incarcerated during the building during its time as a tribunal and prison from 1600 to 1782. Palermo's Arab and Norman centre is listed as a UNESCO World Heritage Site. Picture by Manuel Cohen 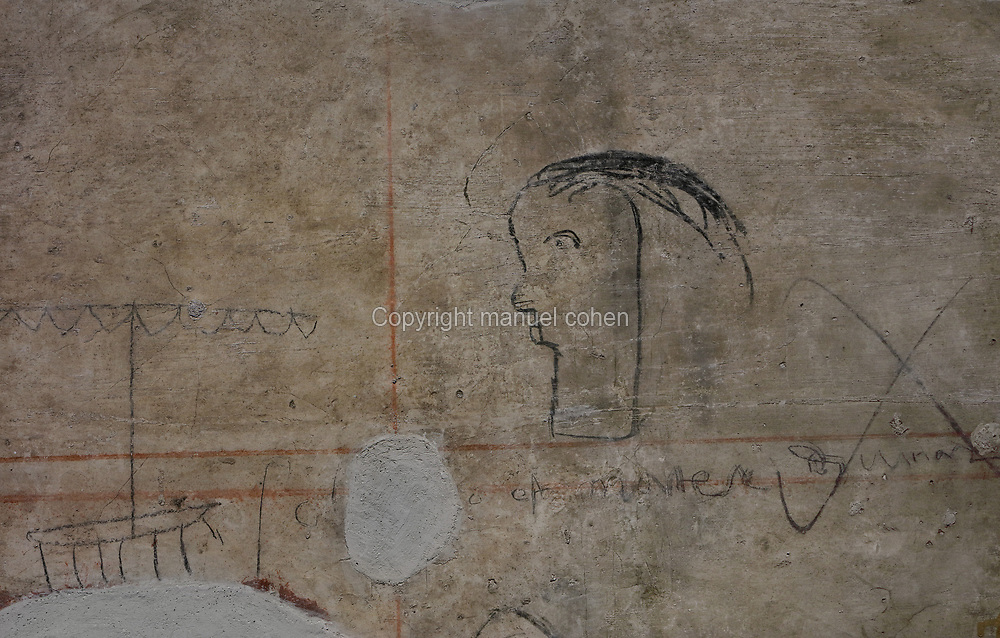