Great Theatre, built 3rd century BC and rebuilt in the Roman period, Panayir Hill, Ephesus, Izmir, Turkey. The theatre seats 25,000 and is believed to be the largest outdoor theatre in the ancient world. The cavea has 66 rows of seats, divided by 2 diazoma or walkways into 3 horizontal sections. The stage building is 3 storeys and 18m high. The facade facing the audience was ornamented with reliefs, columns with niches, windows and statues. Ephesus was an ancient Greek city founded in the 10th century BC, and later a major Roman city, on the Ionian coast near present day Selcuk. Picture by Manuel Cohen 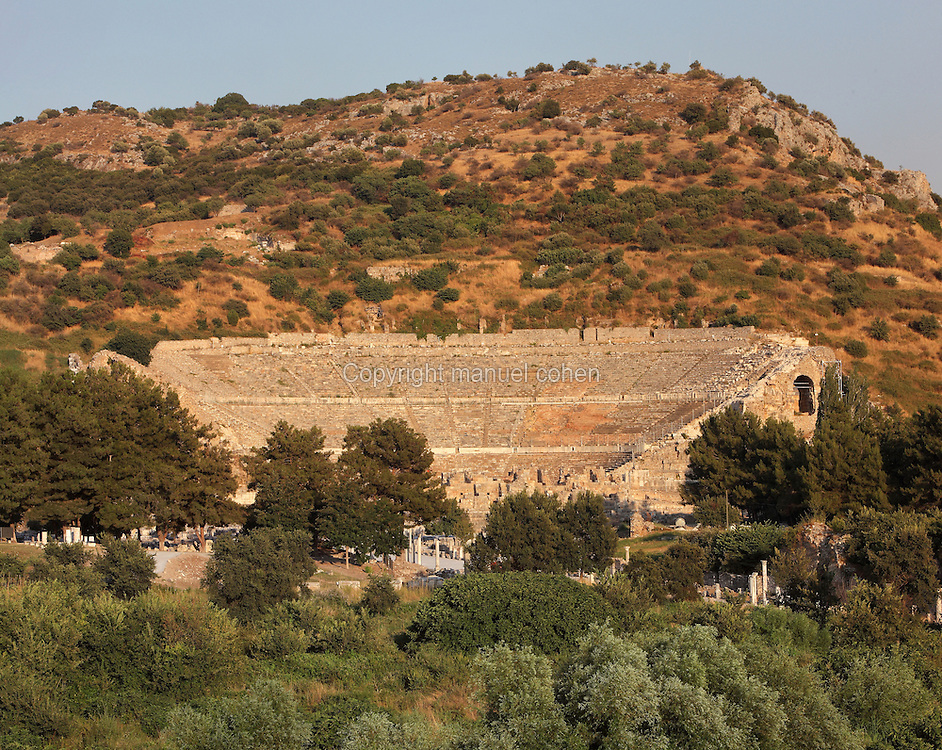