Detail of carved polychrome stucco with cursive Arabic inscriptions, from the Mihrab in the Oratory or Sala de la Oracion in the Madrasa of Granada, a mosque school founded 1349 by the Nasrid King Yusuf I, Sultan of Granada, in El Albayzin, the medieval Moorish old town of Granada, Andalusia, Southern Spain. The madrasa functioned as a university until 1499 and is now part of the University of Granada. From the 8th to the 15th centuries, Granada was under muslim rule and retains a distinctive Moorish heritage. Granada was listed as a UNESCO World Heritage Site in 1984. Picture by Manuel Cohen 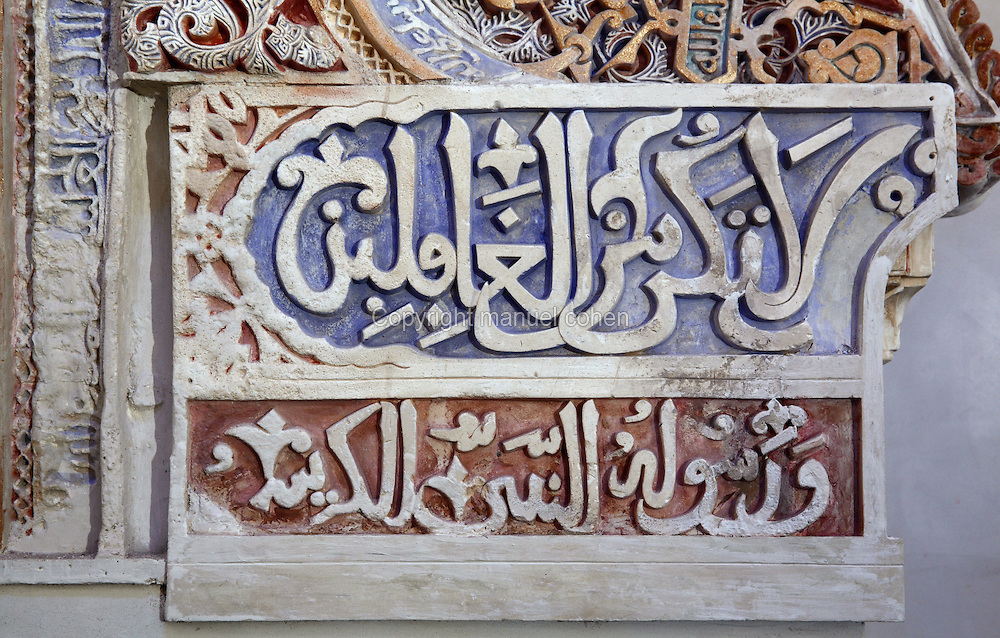