The Roman stadium seating 2500 people and the 150 long agora or market hall behind, in Tlos, a Lycian city in the Xanthos valley, Antalya, Turkey. These structures date from the 2nd century AD after an earthquake in 141 AD destroyed much of the city. Tlos was a major Lycian city from the 5th century BC, joining the Lycian Federation in the 2nd century BC. It was settled by the Greeks, Romans, Byzantines and finally the Ottoman Turks. Tlos has an agora, rock tombs and sarcophagi, a stadium, an acropolis, public bath, church and theatre, as well as the Ottoman residence of Ali Agha, governor of the region during the 19th century. Picture by Manuel Cohen 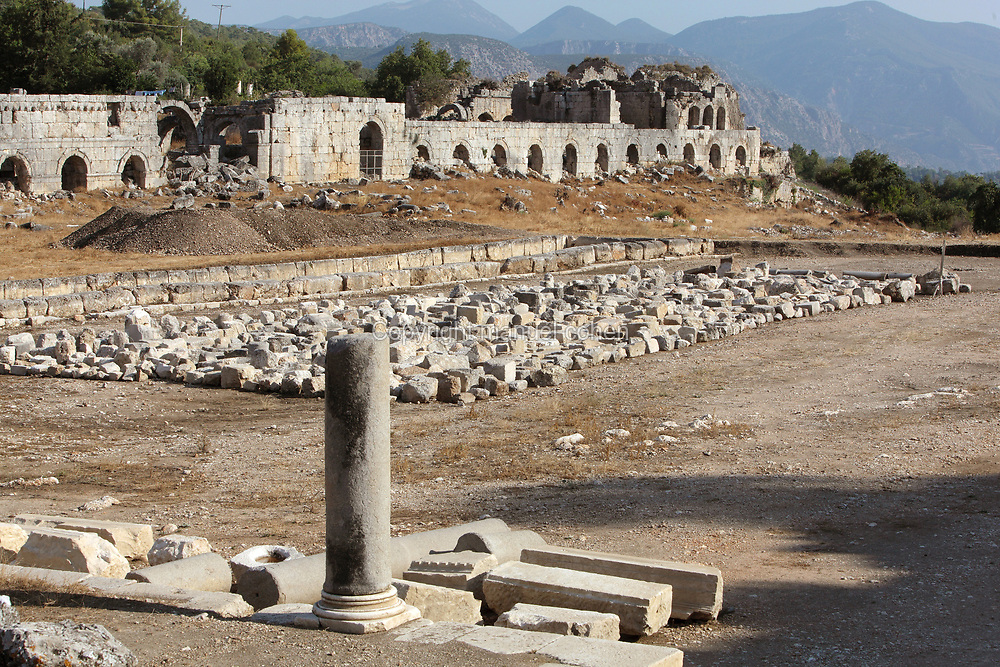