Archivolt figures and detail from the Martyrdom of St Denis, with St Denis, Rustique and Eleuthera led away in chains for their beliefs, relief on the tympanum of the North portal of the West facade, made 1135 and restored in 1839, at the Basilique Saint-Denis, Paris, France. Abbot Suger originally had a mosaic made on this tympanum, and was introducing a hagiography of St Denis with this imagery. The basilica is a large medieval 12th century Gothic abbey church and burial site of French kings from 10th - 18th centuries. Picture by Manuel Cohen 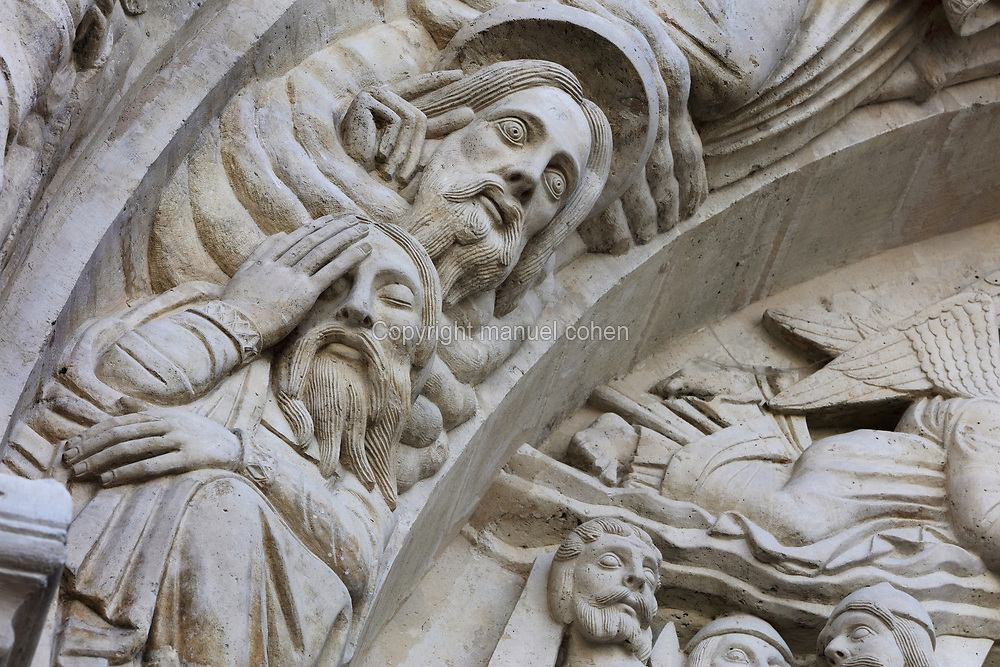