Low angle view of a Via or street, Italica, Seville, Spain, pictured on December 28, 2006, in the morning. The wide streets are cobbled with enormous paving stones and are in good condition even today. Italica was founded by Scipio Africanus in 206 BC as a centre for soldiers wounded in the Battle of Ilipa, a defeat for Carthage during the Punic Wars, and became a military outpost. The name signifies that the original settlers were from an Italian regiment. It was one of the first cities in Roman Hispania and was the birthplace of two Roman Emperors: Trajan (53-117 AD) and Hadrian (76-138 AD). The city declined after the fall of the Roman Empire. Picture by Manuel Cohen. 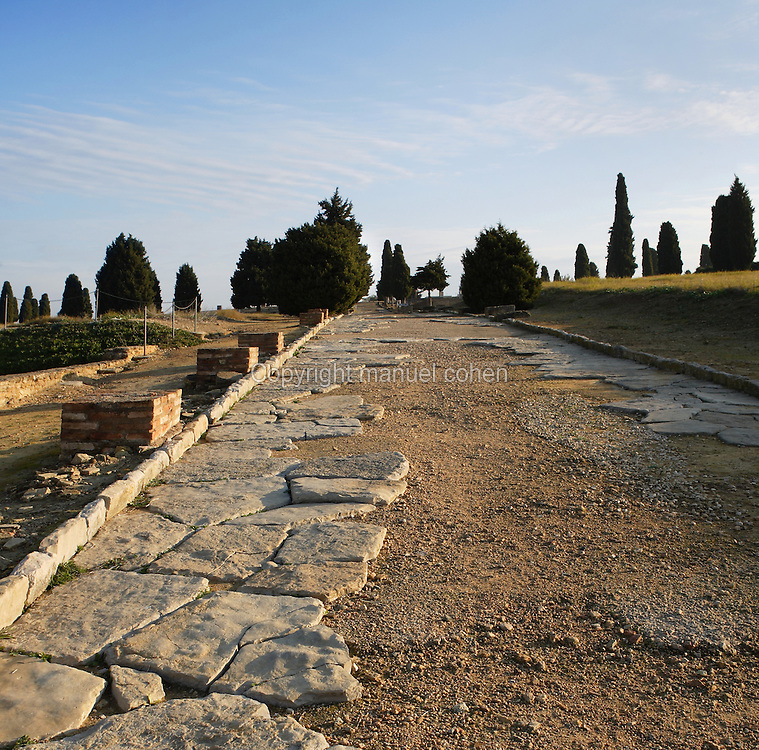