Reredos in the abbey church, Fontenay Abbey, Marmagne, Cote d'Or, France. This Cistercian abbey was founded by Saint Bernard of Clairvaux in 1119, built in the Romanesque style. The abbey itself housed 300 monks from 1200, but was sacked during the French Revolution. This stone carved reredos was originally the altarpiece but now sits against the wall of the apse. It dates from the 13th century and depicts scenes from the New Testament, including the Adoration of the Magi, seen here. Picture by Manuel Cohen 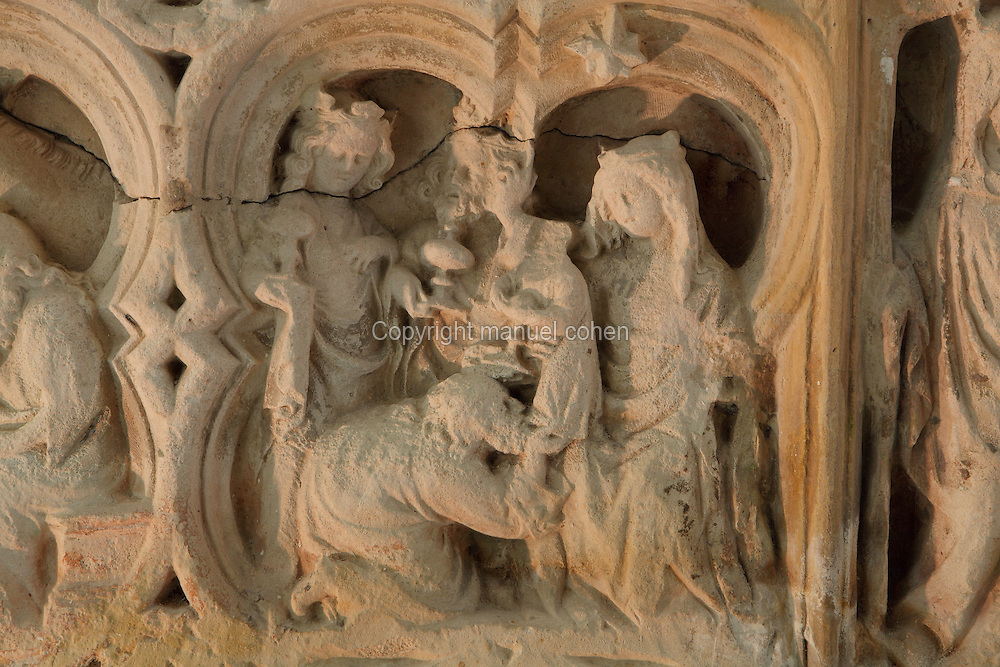