San Francisco de Borja, 1510-72, accompanied by saints linked to his life, flanked by the Virgin and St Michael the archangel, painting, detail, from the ceiling of the Galeria Dorada or Golden Gallery, in the Palau Ducal in Gandia, on the Costa del Azahar, Valencia, Spain. The Golden Gallery was built in Valencia baroque style by the 10th duke of Gandia, Pascual Francis Borja Aragon y Centelles, to commemorate the canonisation of St Francis Borja. The Ducal Palace of the Borgias of Gandia was originally built in the 14th and 15th centuries in Valencian Gothic style, and later added to in Renaissance, baroque and neo-Gothic style. Picture by Manuel Cohen 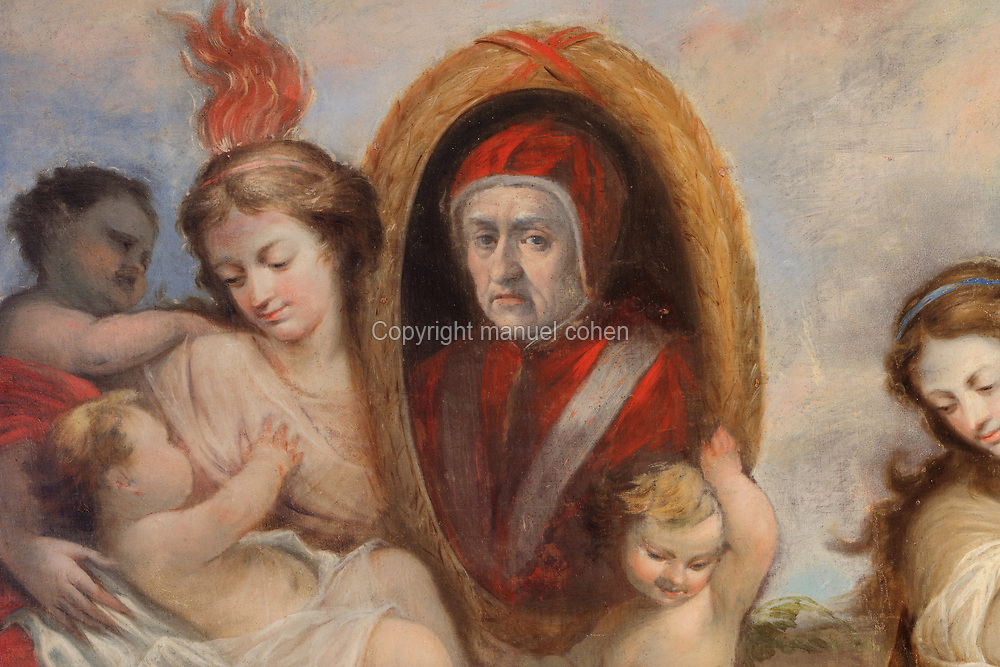