Housesteads Roman Fort (right), built in 124 AD, and Hadrian's Wall looking East, Northumberland, England. Housesteads is the most complete Roman fort in Britain, built by legionaries to house 10 centuries of auxiliary soldiers based on the frontier. Hadrian's Wall was built 73 miles across Britannia, now England, 122-128 AD, under the reign of Emperor Hadrian, ruled 117-138, to mark the Northern extent of the Roman Empire and guard against barbarian attacks from the Picts to the North. The wall was fortified with milecastles with 2 turrets in between, and a fort about every 5 Roman miles. This section of the Wall is in the Northumberland National Park, managed by the National Trust, and the Hadrian's Wall Path, an 84-mile coast to coast long distance footpath, runs alongside it. Picture by Manuel Cohen 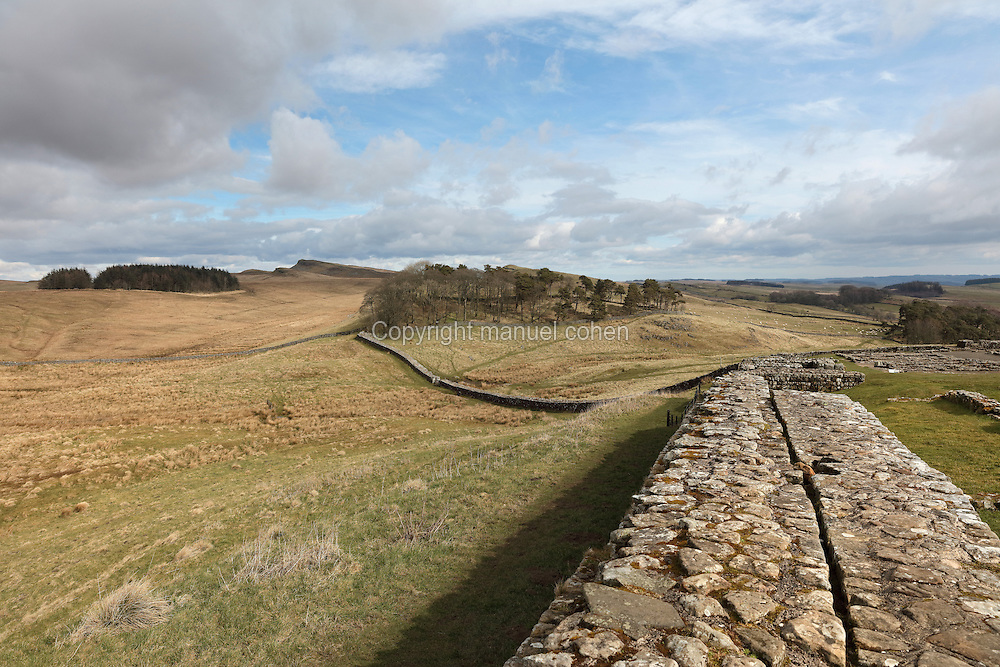