Statues at the Stadio dei Marmi or Stadium of the Marbles, a stadium designed c. 1928 by Enrico Del Debbio and inaugurated 1932, at the Foro Italico, Rome, Italy, and behind, the Palazzo della Farnesina, a government building designed 1935 housing the Ministry of Foreign Affairs. The stadium has Carrara marble steps lined by 59 marble statues of athletes in classical style. The Foro Italico or Foro Mussolini is a sports complex built 1928-38 in Fascist style by Enrico Del Debbio and Luigi Moretti, inspired by Roman forums. Fascist architecture developed in the late 1920s and 1930s, as a modernist style in times of nationalism and totalitarianism under Benito Mussolini. It is characterised by large, square, symmetrical buildings with little or no decoration, often inspired by ancient Rome and designed to convey strength and power. Picture by Manuel Cohen 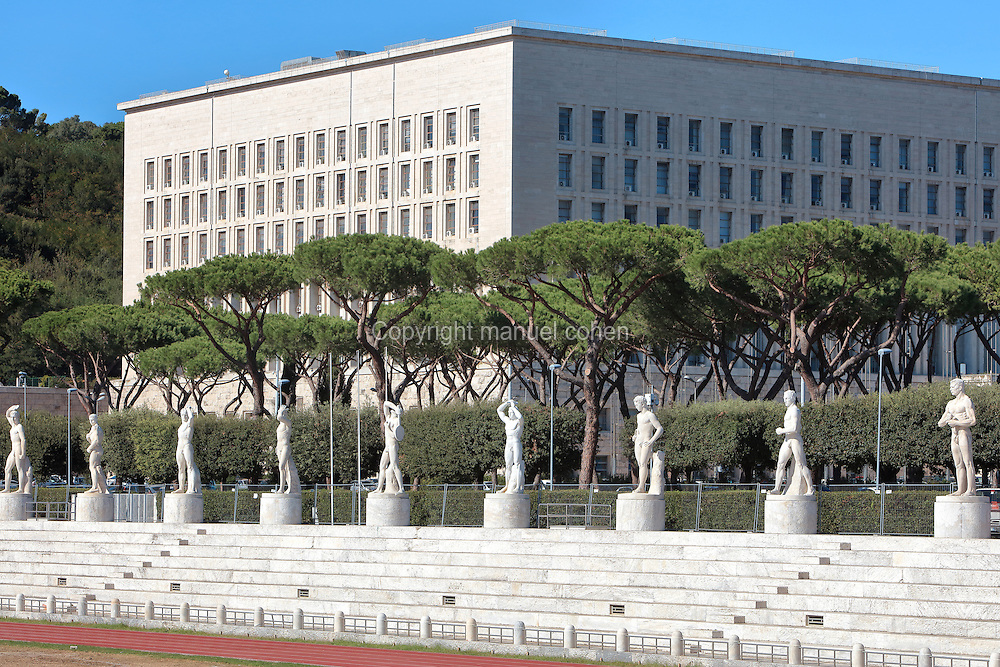