Section of stucco ceiling with figure and decorative border, from the imitation coffered ceiling of the Triclinium, a large room probably used for lunches and open to the garden, with walls painted on a white background with figures and plants and ornamental borders and floating figures of the seasons, in the Casa dell Efebo, or House of the Ephebus, Pompeii, Italy. This is a large, sumptuously decorated house probably owned by a rich family, and named after the statue of the Ephebus found here. Pompeii is a Roman town which was destroyed and buried under 4-6 m of volcanic ash in the eruption of Mount Vesuvius in 79 AD. Buildings and artefacts were preserved in the ash and have been excavated and restored. Pompeii is listed as a UNESCO World Heritage Site. Picture by Manuel Cohen 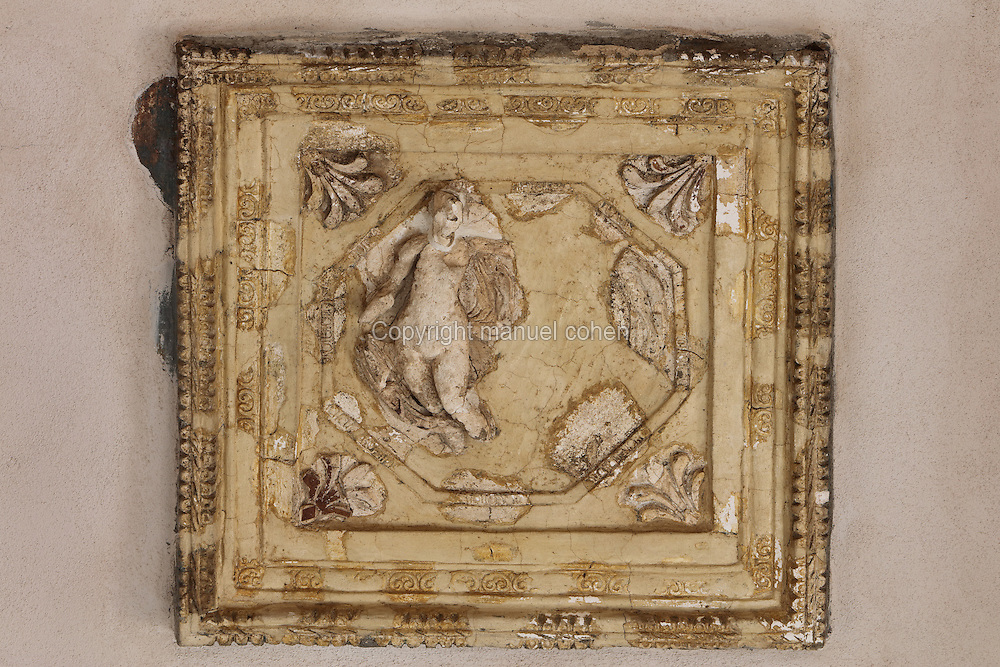