Colonnade of the Palazzo delle Arte e Tradizioni Populare and behind, the obelisk, 1939-59, dedicated to Guglielmo Marconi, by Arturo Dazzi, on the Piazza Guglielmo Marconi, built as part of the EUR or Expositione Universale di Roma (Rome Universal Exhibition), planned by Marcello Piacentini, Rome, Italy. The exhibition was to take place in 1942 to celebrate the 20th anniversary of the fascist regime. Fascist architecture developed in the late 1920s and 1930s, as a modernist style in times of nationalism and totalitarianism under Benito Mussolini. It is characterised by large, square, symmetrical buildings with little or no decoration, often inspired by ancient Rome and designed to convey strength and power. Picture by Manuel Cohen 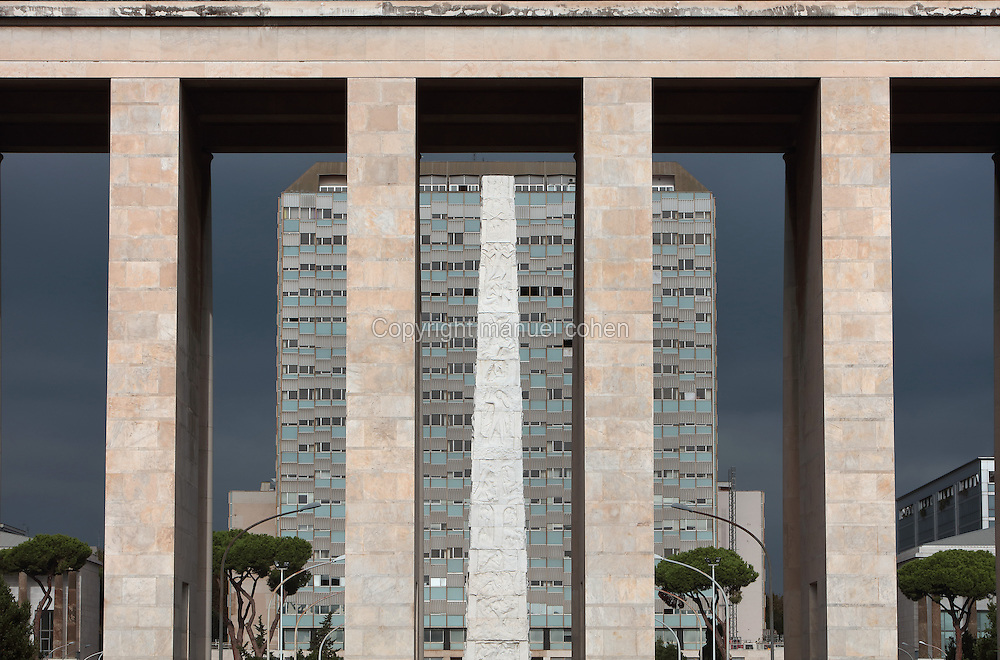