Low angle view of Suleymaniye Mosque or Mosque of Sultan Suleyman the Magnificent (Suleymaniye Camii) 1550-58, by Mimar Sinan, Istanbul, Turkey. Commissioned by Suleiman the Magnificent, and located on Istanbul's Third Hill, Suleymaniye Mosque was restored in 1665 after a fire, in 1766 due to an earthquake and in 1956 after damage in World War I. The mosque itself is preceded by a monumental courtyard (avlu). At the four corners of the courtyard are the four minarets. The dome is buttressed by two half-domes and two typanum walls. The historical areas of the city were declared a UNESCO World Heritage Site in 1985. Picture by Manuel Cohen. 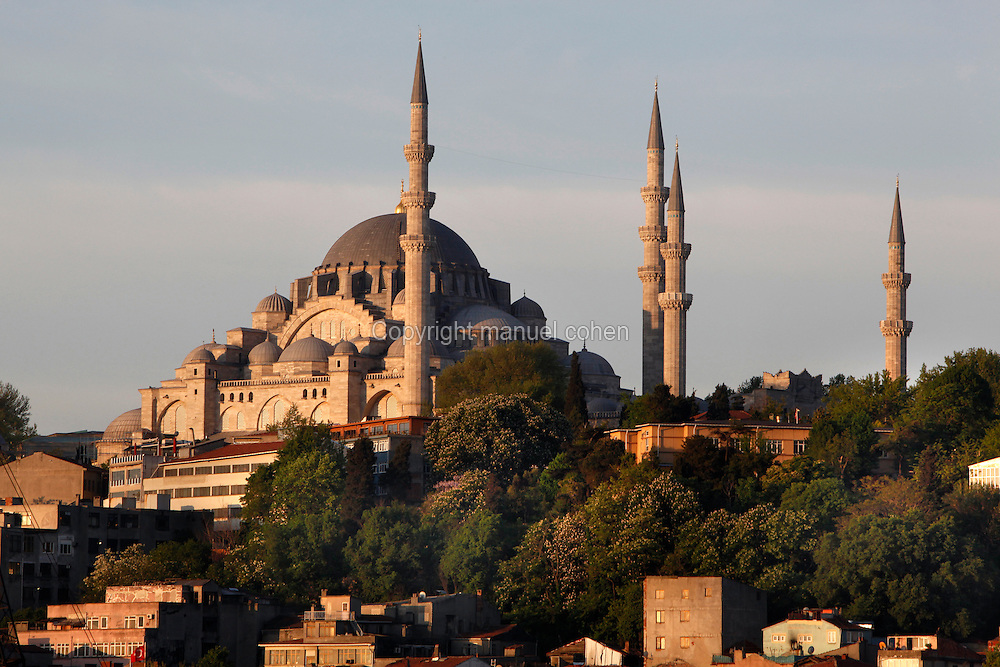