Nymphaeum of Septimius Severus (left), 2nd century AD, a monumental fountain dedicated to the goddess Artemis and to the emperor, on the edge of the southern baths, and (right) the Hellenistic Gate, with 2 towers originally built in Hellenistic times and later rebuilt, in Perga, an ancient Pamphylian city ruled by the Persians, Greeks and Romans, in Antalya, Turkey. The Gate is in the north of Septimius Severus Square, with 2 oval towers built in the 3rd century BC, supported by vaults. Behind the towers is a horseshoe shaped courtyard. The towers were used in defence and were extended in Roman times. Picture by Manuel Cohen 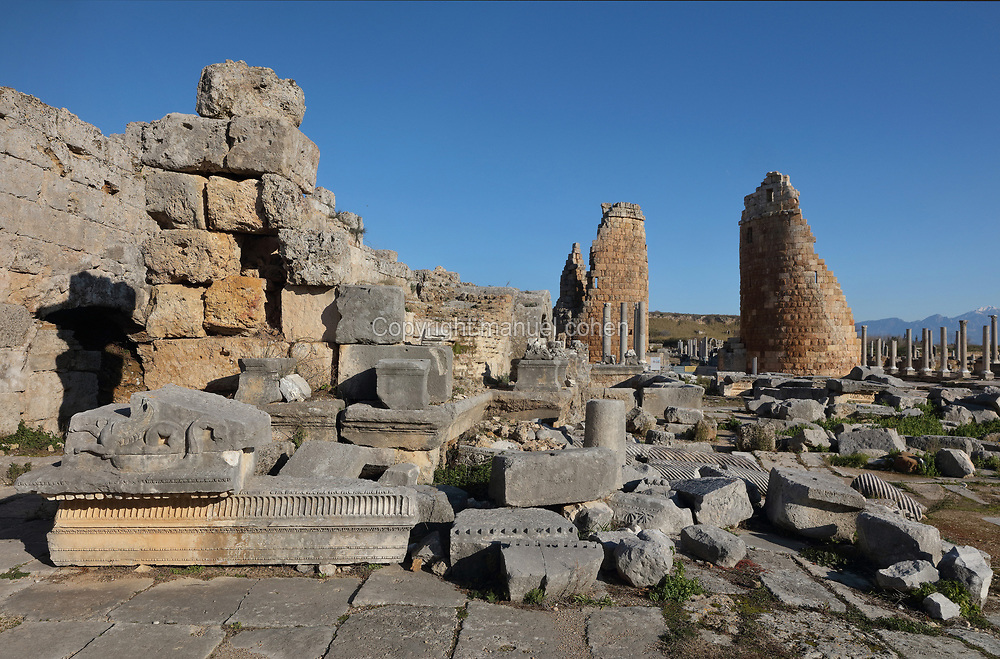