Looking up at the octagonal tower studded with stained glass by Marguerite Hure, in the Eglise Saint-Joseph or St Joseph's Church, built 1951-58 as a memorial to the 5000 citizens of the town who died during the Second World War, designed by Auguste Perret, 1874-1954, and Raymond Audigier, Le Havre, Normandy, France. The church is built from pre-cast concrete, with geometric stained glass windows, a Neo-Gothic interior and a 107m tall tower which acts as a beacon from out at sea. Perret was mentor to Le Corbusier and specialised in the use of concrete. He led the reconstruction of Le Havre in the 1950s, after the town was completely destroyed in WWII. The centre of Le Havre is listed as a UNESCO World Heritage Site. Picture by Manuel Cohen 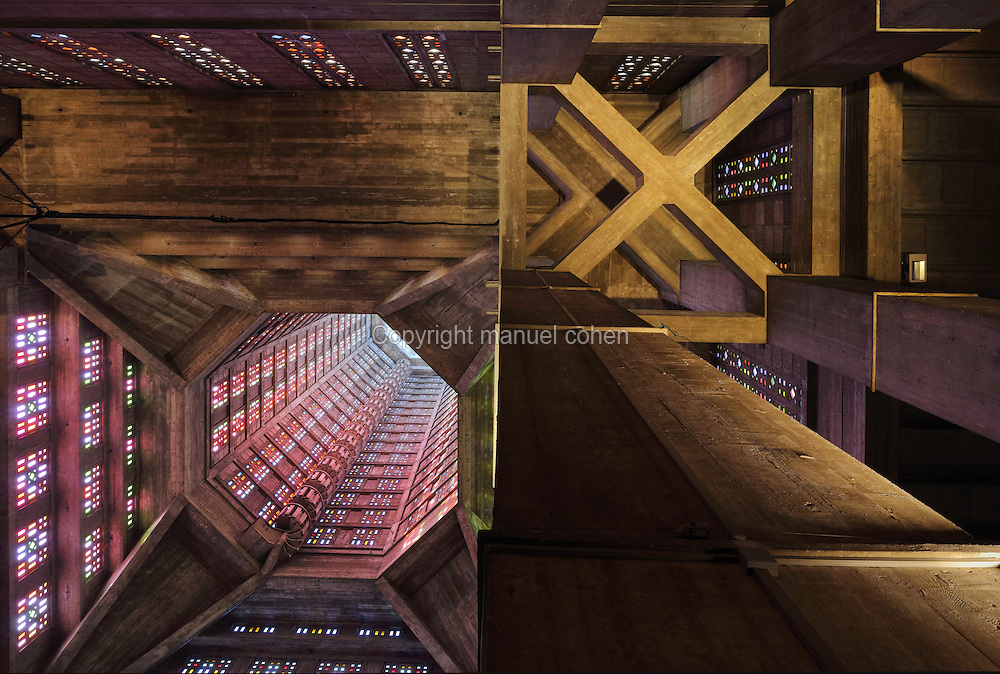