Double arched Norman window on the Arabic Norman tower, or Torre di Scrigno, 12th century, the oldest part of the building, built on top of the Punic ancient city walls to defend the city, at the Palazzo Conte Federico, a 12th century Arabic Norman palace in Palermo, Sicily, Italy. The Federico counts bought the palace in the mid 17th century and are responsible for commissioning many of the decorations in place today. Picture by Manuel Cohen 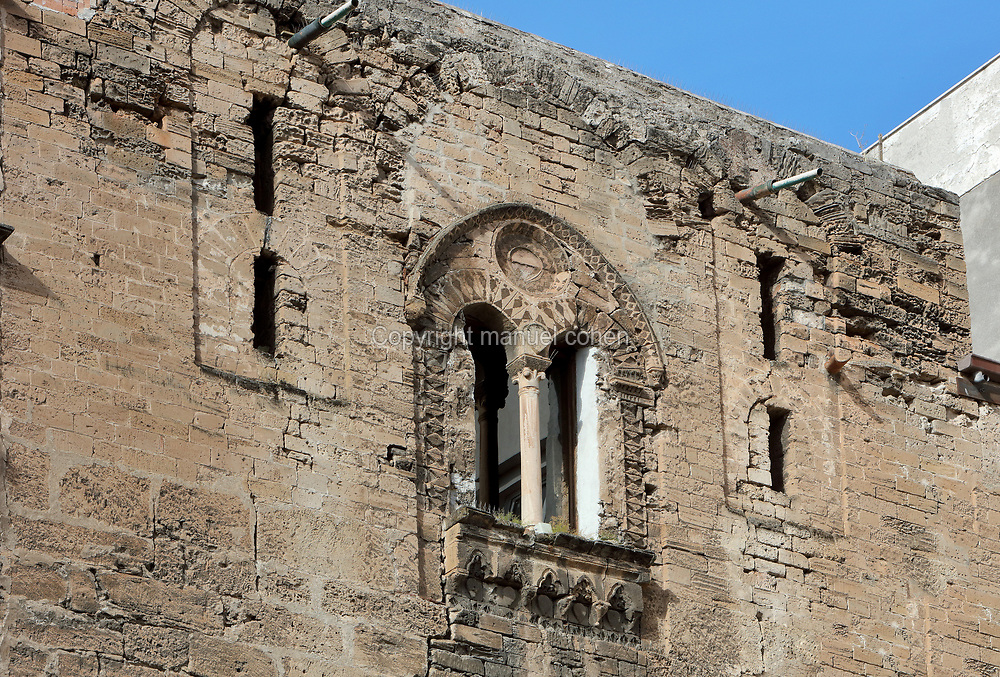