The First Kiss this 10 years!, or The Meeting of Britannia and Citizen Francois, political cartoon, 1803, etching by James Gillray, 1756-1815, in the Antechamber, housing displays relating to Franco-British relations during the revolutionary period of the First Empire, in the Chateau de Hardelot, originally the site of a 12th century castle, rebuilt over the centuries and finally redeveloped in the 19th century, in Condette, Pas-de-Calais, France. In the cartoon, a rotund Britannia is embraced by a bedraggled French officer, beneath the portraits of Napoleon and George III. The current chateau dates from 1865-72, when its owner, Henry Guy, rebuilt it in Neo-Tudor style. Since 2009 the building has housed the Centre Culturel de l'Entente Cordiale, with an arts programme involving France and Britain. It is situated within the Reserve Naturelle Regionale du Marais de Condette, a protected marshland area. Picture by Manuel Cohen 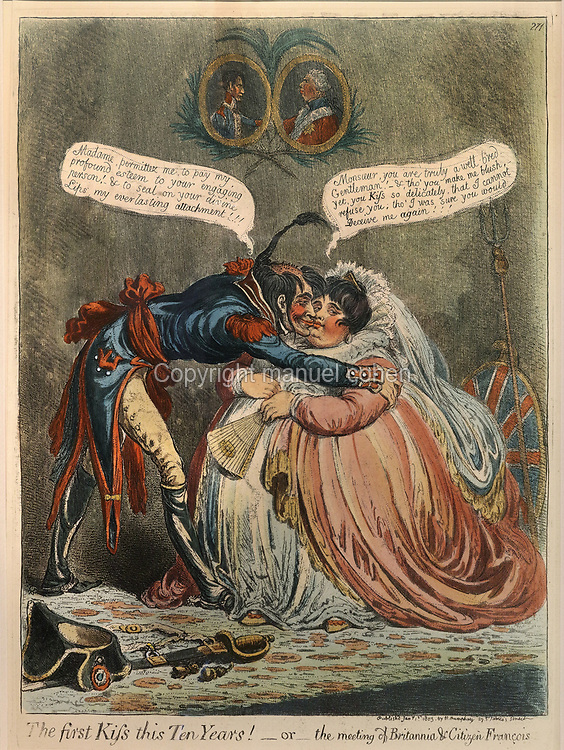