General view of Cathedral and Castle, Albarracin, Teruel, Spain, on February 13, 2006, pictured in the morning. The Cathedral, 1572-1600, was built by Martin de Castaneda, Pierres Vedel, and Alonso del Barrio de Ajo, in the Levantine Gothic style. At the top of the village is the 10th century Moorish castle, reached through cobbled streets of houses constructed of wood and plaster with small windows. Albarracin, a beautiful village with National Monument status overlooking the Guadalivar River, lies 28 km from Teruel, in the National Park in the Montes Universales. It is on the border of three Spanish Kingdoms: Castille, Aragon and Valencia, has been occupied for hundreds of years and is known as the Eagles` Nest because it is built on a steep outcrop of rock surrounded by a deep gorge, a natural defence. Its buildings show Moorish influence and even the name may derive from the Berber clan Banu Razin who settled in the area during the 9th century. Picture by Manuel Cohen. 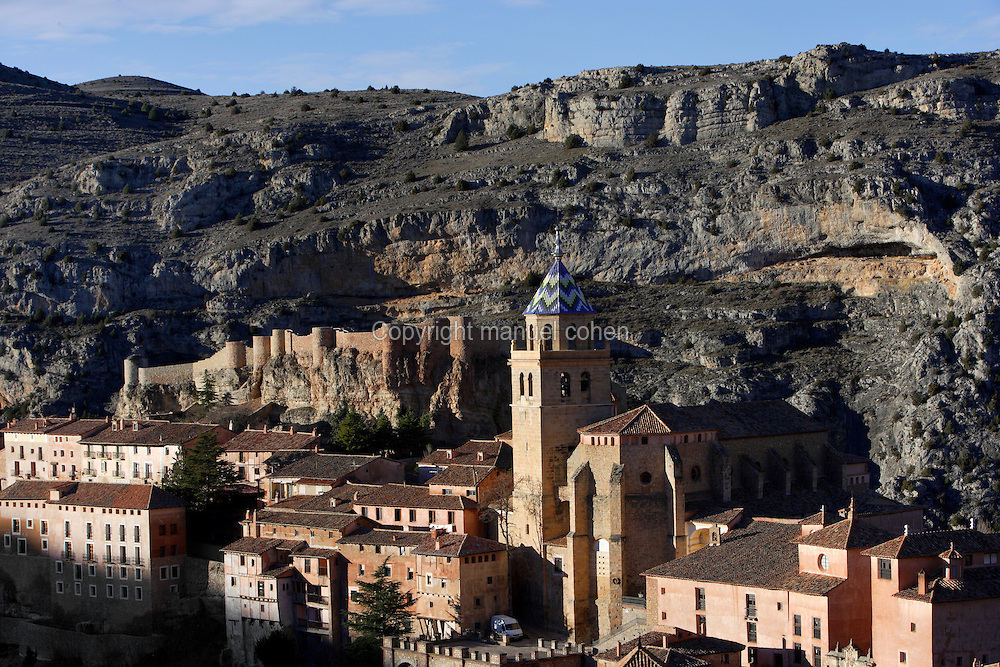