Craftsperson making traditional woven strap for basket from palm leaves and other plant fibres at the "Fira de las Fibras vegetales en Mas de Barberans", Mas de Barberans, Montsia, Tarragona, Spain. This fair takes place in August and celebrates the skills of basketry made from the Mediterranean fan palm, found on the nearby slopes of the Ports de Tortosa-Beseit and harvested in the summer. The baskets were originally made for holding harvested crops such as olives and for carrying by animals. Picture by Manuel Cohen 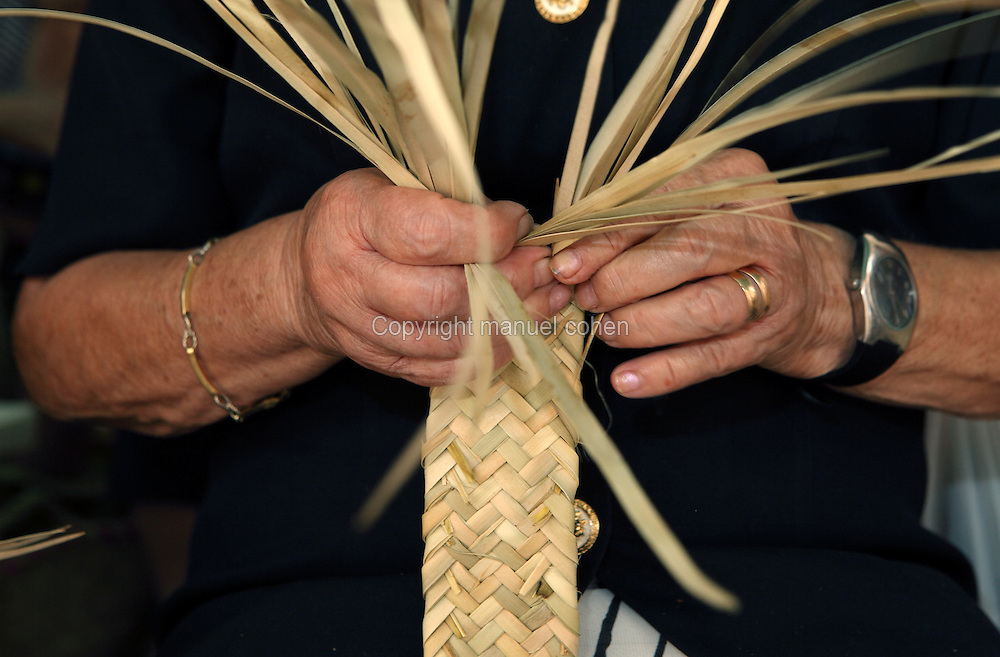