Baths of Hadrian, the largest public baths in Aphrodisias, early 2nd century AD, Aphrodisias, Aydin, Turkey. The baths are dedicated to Emperor Hadrian, 76-138 AD, and were constructed on the Roman model, with a series of parallel vaulted halls, each serving a different function such as cold room, changing room, hot room. The lower walls were built of huge limestone blocks faced in marble and underground were service corridors and water channels. Here we see the work of archaeologists sorting stones in the baths. Aphrodisias was a small ancient Greek city in Caria near the modern-day town of Geyre. It was named after Aphrodite, the Greek goddess of love, who had here her unique cult image, the Aphrodite of Aphrodisias. The city suffered major earthquakes in the 4th and 7th centuries which destroyed most of the ancient structures. Picture by Manuel Cohen 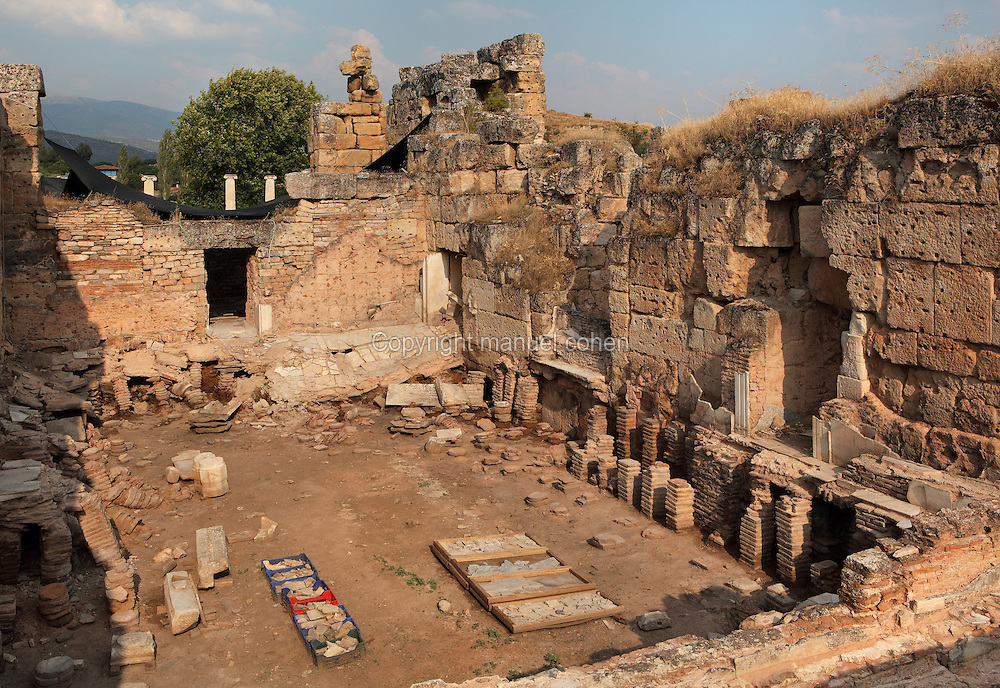