Nave of the church at Mission Concepcion, or Mission Nuestra Senora de la Purisima Concepcion de Acuna, a Spanish catholic colonial mission and church dedicated in 1755, to spread Christianity among Native Americans, 1 of 4 missions in the San Antonio Missions National Historical Park, in San Antonio, Texas, USA. The nave is plain with a barrel vaulted ceiling, simple wooden pews and crucifix sculptures adorning the walls. This mission was founded by Franciscan friars and moved here from East Texas in 1731. The building consists of a nave, sanctuary, bell towers, convent and granary and was originally covered with frescoes, both inside and out, some of which were restored in 1988 and 2010. The mission is a National Historic Landmark and forms part of the San Antonio Missions UNESCO World Heritage Site. Picture by Manuel Cohen 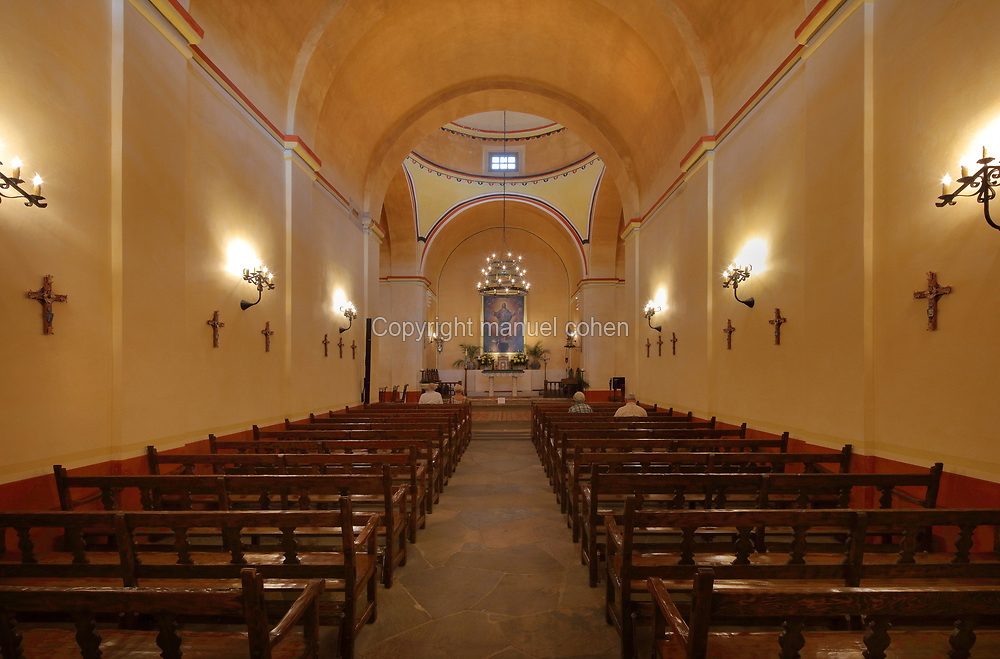