Mask representing Neptune, Roman god of the sea, on the facade of Hotel Grou, a neoclassical mansion built 1747-52 for Guillaume Grou, a shipowner and slave trader, on the corner of Rue Kervegan and the Place de la Petite-Hollande, on the Ile Feydeau, in Nantes, Pays de la Loire, France. The building was extended in the 19th century, and is listed as a historic monument. Nantes was an important trading port, profiting greatly from the slave trade from 17th - 19th century. The Ile Feydeau area, a former island in the Loire, was developed from the 1720s with large mansions built by wealthy shipowners and slave traders. Picture by Manuel Cohen 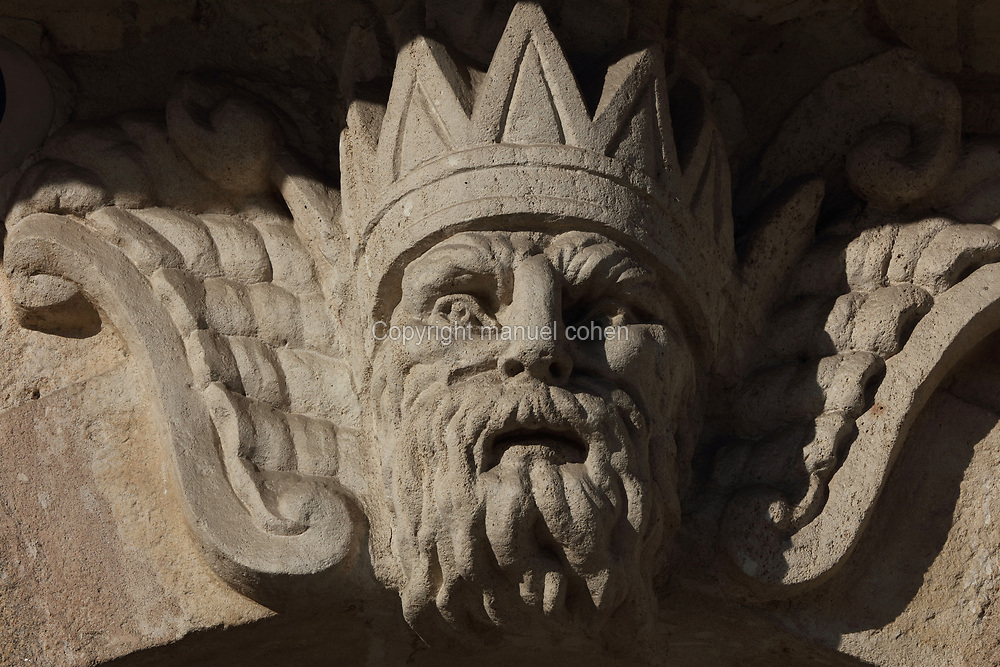