Architrave of the Roman Monument of Agonothetes or Bouleuterion, 2nd century AD, built in the Templum in antis style, Apollonia, Fier, Albania. The Bouleuterion was used as a public council meeting house. Apollonia was an ancient Greek city in Illyria, founded in 588 BC by Greek colonists from Corfu and Corinth. It flourished in the Roman period and declined from the 3rd century AD when its harbour was silted up due to an earthquake. Picture by Manuel Cohen 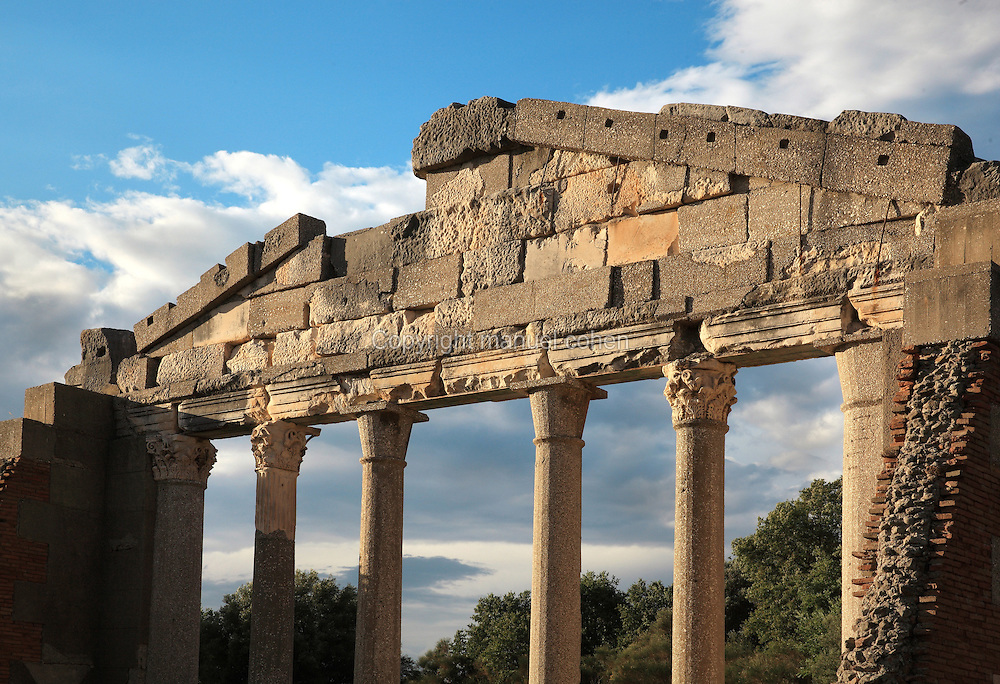