West Theatre, Umm Qais, Irbid, Jordan. The West Theatre was one of 3 theatres in Gadara and was built in the 2nd century AD against the West slope of the Acropolis. It held 3000 people and is a basalt 3 storey cavea or auditorium, with a crypta or vaulted corridor under the second storey and 4 vomitoria or entrances accessing the auditorium. It was used for tragic plays, comedies, religious and political festivities. The site was founded in the 4th century BC as Gadara, a Hellenistic town, which was developed by the Romans and later by Christians from the 4th century. It was destroyed by earthquakes in the 8th century and the ruins discovered in 1806. Picture by Manuel Cohen 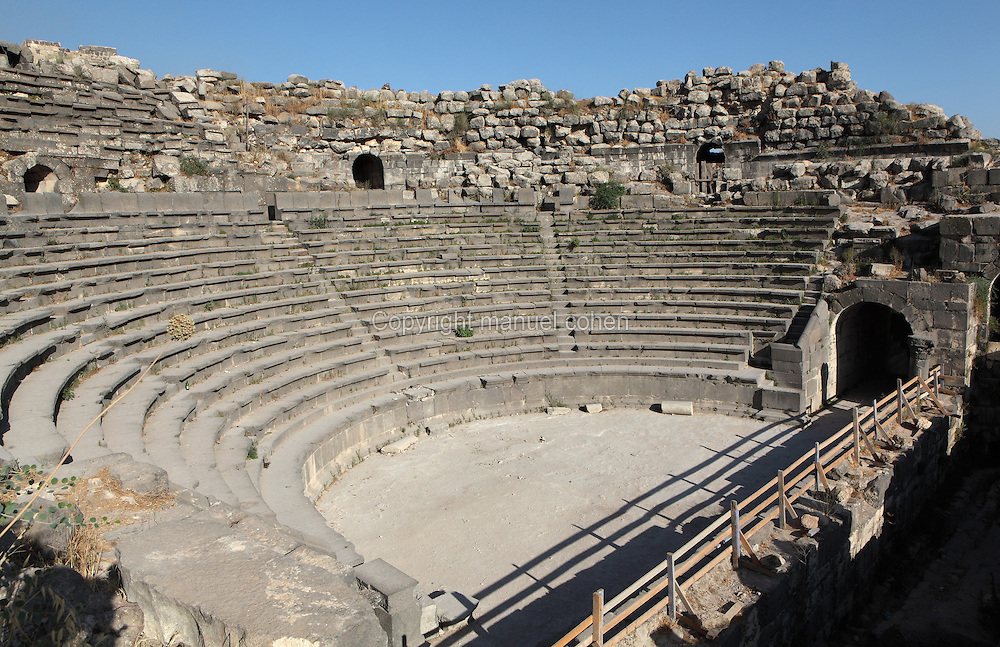