Sculpted capital from the Romanesque cloister representing the torture of the damned in hell, being boiled alive in cauldrons surrounded by horned devils, and others being sodomized by devils, 11th century, Santa Maria Cathedral or Cathedral of St Mary of Girona, in the town of Girona, at the confluence of the rivers Ter, Onyar, Galligants and Guell, Catalonia, Spain. The colonnade of the cloister is made of Romanesque arches supported by double columns with over 70 capitals carved with fantastic creatures and vegetal motifs. Master craftsmen were brought in from the Roussillon and Italy to carve the capitals, inspired by medieval illuminated manuscripts. The surrounding galleries are home to tombs of rich members of the monastery, dating to the 14th - 18th centuries. The cathedral was begun in the 11th century in Romanesque style, and later continued in the 14th century in Catalan Gothic style, redesigned by Pere Sacoma in 1312 and built by the school of Mallorcan architect Jaume Fabre. Of the original Romanesque building only the 12th century cloister and a bell tower remain. The cathedral was completed in the 18th century. Picture by Manuel Cohen 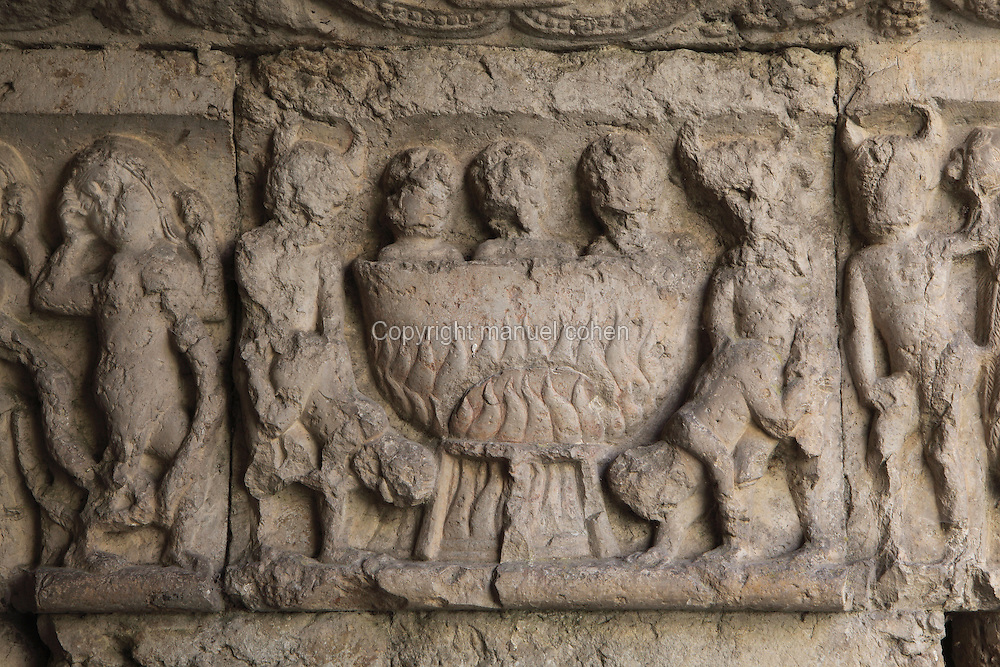