Sacrifice of a bull, ram and boar by the legion to the Roman gods for their victory, with a musician playing the aulos and a man pouring libation on an altar, detail from the Bridgeness Stone, or Bridgeness Distance Slab, c. 142 AD, a Roman carved stone with inscription recording the section of the Antonine Wall (built across the width of Scotland) built by the Second Augustan Legion, found in 1868 at Bo'Ness, at the Tullie House Museum and Art Gallery, Carlisle, Cumbria, England. This is a copy of the original stone, which is in the National Museum of Antiquities of Scotland. Carlisle sits at the Western end of Hadrian's Wall. Hadrian's Wall was built 73 miles across Britannia, now England, 122-128 AD, under the reign of Emperor Hadrian, ruled 117-138, to mark the Northern extent of the Roman Empire and guard against barbarian attacks from the Picts to the North. The wall was fortified with milecastles with 2 turrets in between, and a fort about every 5 Roman miles. Picture by Manuel Cohen 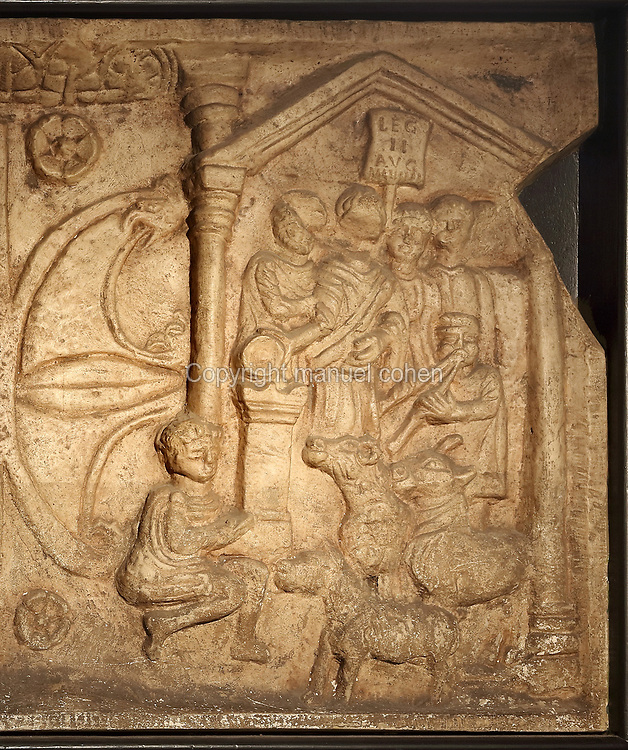