Temple of Hadrian, 2nd century AD, Curetes Street, Ephesus, Izmir, Turkey. The temple was built by Quintilius before 138 AD and was dedicated to the Emperor Hadrian, who came to visit the city from Athens in 128 AD. The colonnade in front of the cella supports a so-called Syrian gable. The reliefs over the door lintel depicting the Ephesian foundation myth were added later. Around 300 AD statues of the emperors Diocletian, Constantius, Maximianus and later Theodosius I were erected, of which inscribed bases are preserved. The facade of the temple has 4 Corinthian style columns supporting a curved arch, in the middle of which contains a relief of Tyche, goddess of victory. The side columns are square. The pedestal with inscriptions in front of the temple, are the bases for the statues of emperors Diocletian, Maximian, Constantius I, and Galerius; the originals of the statues have not been found yet. Inside the temple above the door, a human figure, probably Medusa, stands with ornaments of acanthus leaves. Ephesus was an ancient Greek city founded in the 10th century BC, and later a major Roman city, on the Ionian coast near present day Selcuk. Picture by Manuel Cohen 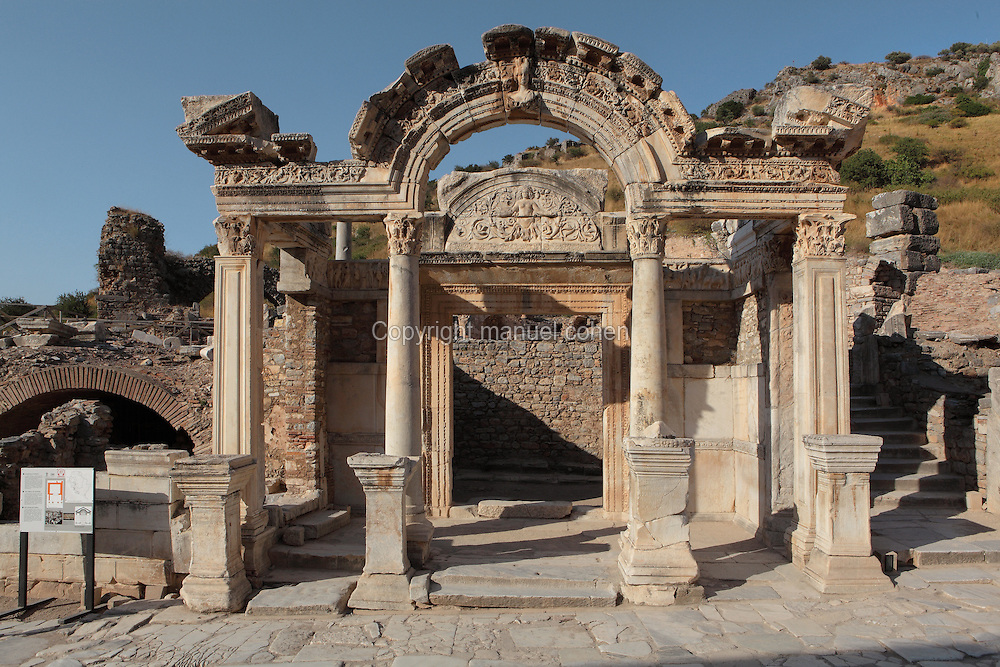