High angle view of limestone balls for catapults found at the Archaeological Park, next to the Antonine Baths, Carthage, Tunisia, pictured on January 27, 2008, in the morning. Carthage was founded in 814 BC by the Phoenicians who fought three Punic Wars against the Romans over this immensely important Mediterranean harbour. The Romans finally conquered the city in 146 BC. Subsequently it was conquered by the Vandals and the Byzantine Empire. Today it is a UNESCO World Heritage. The catapult was an important military machine in Roman times. With the aid of mechanization catapults shot heavy stone balls over distances far greater than arrows could be shot by humans. Picture by Manuel Cohen. 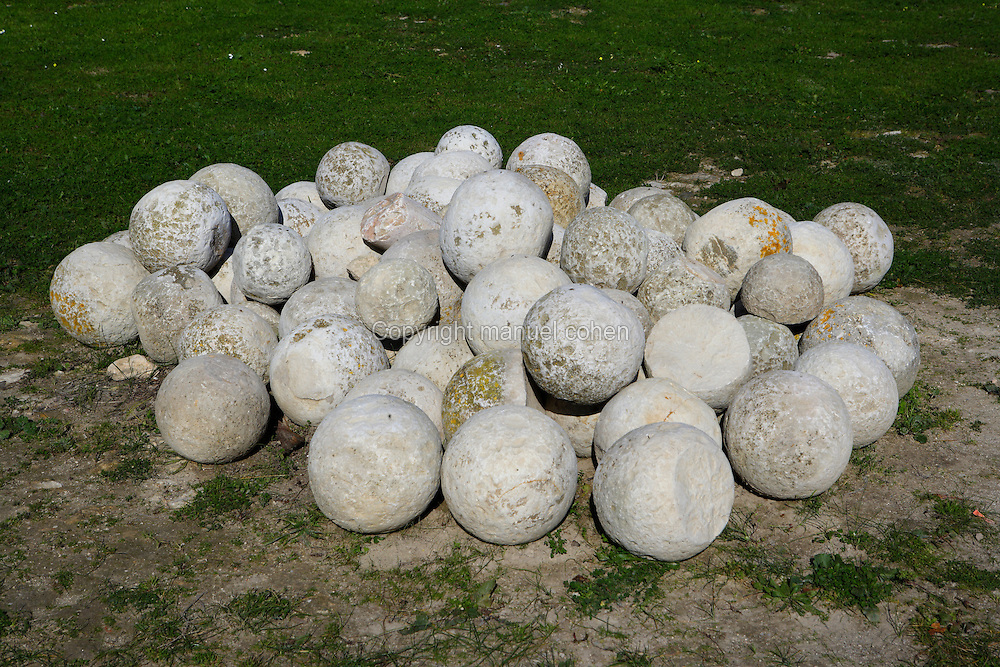