Arcadian Street and Great Theatre in the distance, 3rd century BC, Ephesus, Izmir, Turkey. This street is situated between the Harbour Baths and the Great theatre. Entering from the port, traders and sailors would first arrive in this street, so it was designed with marble slabs and colonnades. It was constructed in the Hellenistic Period, but then was restored during the reign of Emperor Arcadius in the 4th century AD. The theatre seats 25,000 and is believed to be the largest outdoor theatre in the ancient world. Ephesus was an ancient Greek city founded in the 10th century BC, and later a major Roman city, on the Ionian coast near present day Selcuk. Picture by Manuel Cohen 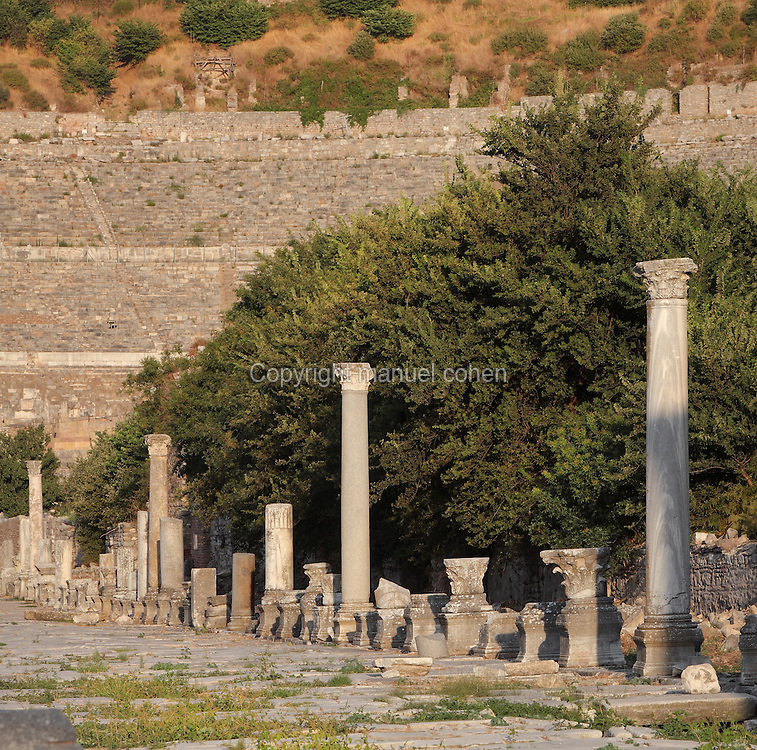