Seated bronze statue of Gaudi, 1989, by Marco Herreros, on a stone bench opposite the rear facade of the building, at El Capricho de Gaudi, or Villa Quijano, a Modernist villa designed by Antoni Gaudi, 1852-1926, and built 1883-85 under his assistant Cristobal Cascante, in Comillas, Cantabria, Spain. The villa was commissioned by Maximo Diaz de Quijano as a summer house. It is from Gaudi's orientalist period, with azulejos tiles and domes. The building has housed a museum since 2009. Picture by Manuel Cohen 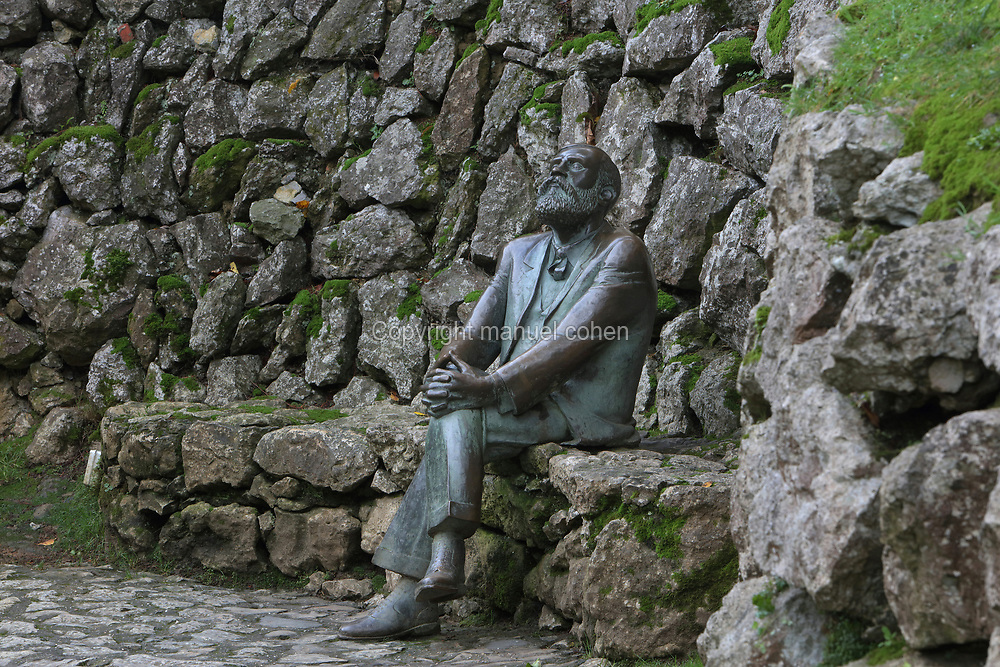