Theatre, originally built in the 2nd century BC and restored under Emperor Tiberius, Kursunlutepe Hill, Patara, Antalya, Turkey. The auditorium or koilon seats 6000 in 38 rows of seats, 23 in the upper section and 14 in the lower, and a diazoma contains seats reserved for prominent and privileged spectators. The stage building, not seen here, was built in the 2nd century AD. A removable awning called a velarium provided the spectators with shade from the sun. There are 9 radial stairways and the upper section is also accessible through vaulted corridors ascended by stairs on each side. Above the top row of seats is a temple dedicated to Dionysus. Patara was a maritime Greek and Roman city on the South West Mediterranean coast of Lycia near modern-day Gelemis. It was said to be founded by Patarus, son of Apollo, and was famous for its temple and oracle of Apollo. It was a leading city of the Lycian League. Picture by Manuel Cohen 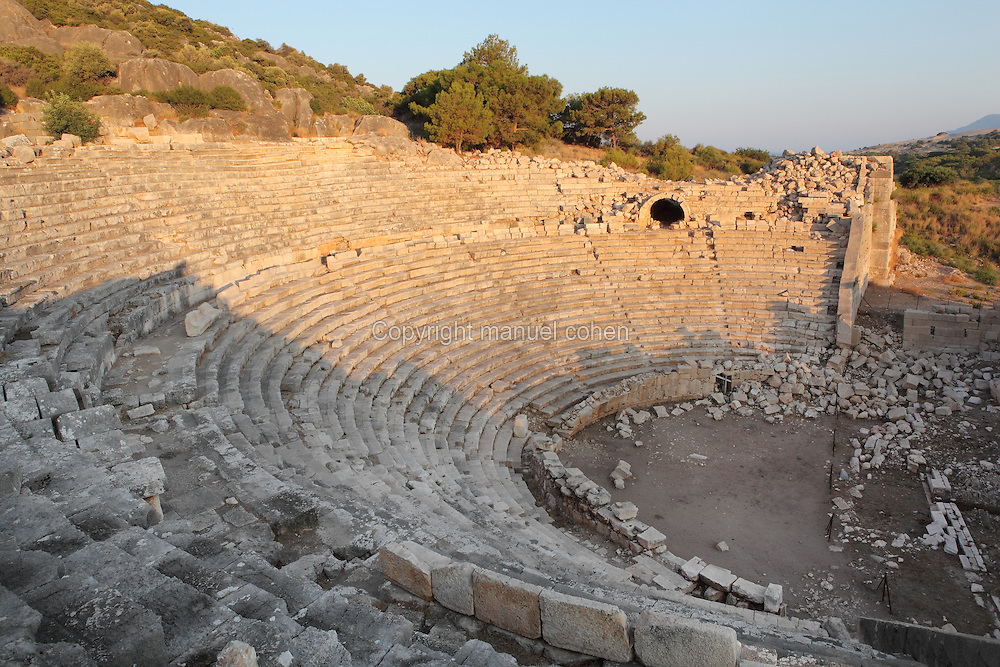