Murder hole, through which missiles were dropped on the enemy, in the Christian castle in the third enclosure, built by order of the royal secretary to the Catholic monarchs, Hernando de Zafra, in 1490, in the Alcazaba, a 10th century fortified enclosure and royal residence in Almeria, Andalusia, Southern Spain. The Christian section of the Alcazaba differs greatly from the muslim part, with a triangular plan and circular towers. The Alcazaba was begun in 955 by Rahman III and completed by Hayran, Taifa king of Almeria, in the 11th century. It was later added to by the Catholic monarchs. Picture by Manuel Cohen 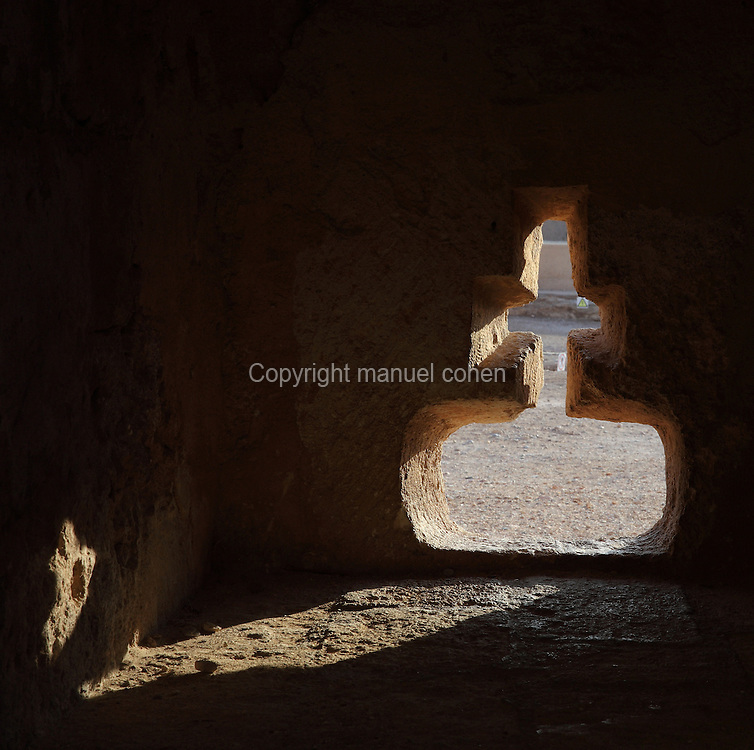