David, son of Jesse and King of Israel, author of the psalms of the bible, as an old bearded man playing his harp, lancet window from under the main North Rose stained glass window, 1233, on the Northern side of the transept of Chartres Cathedral, Eure-et-Loir, France. This window was offered by Blanche of Castile, then regent, mother of the future Saint Louis. Chartres cathedral was built 1194-1250 and is a fine example of Gothic architecture. Most of its windows date from 1205-40 although a few earlier 12th century examples are also intact. It was declared a UNESCO World Heritage Site in 1979. Picture by Manuel Cohen 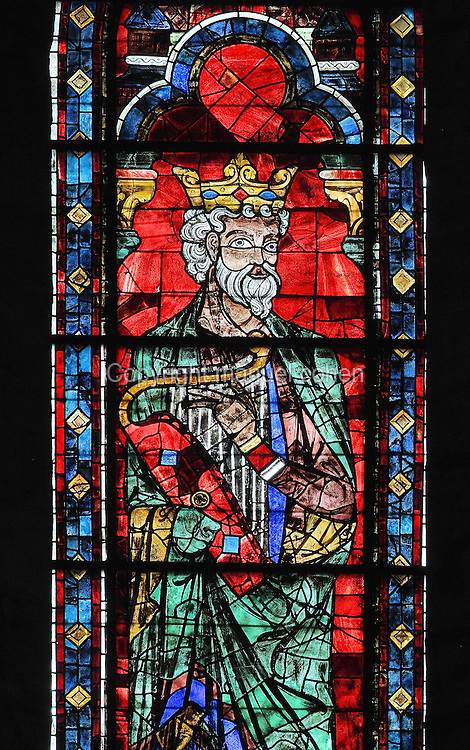