Stove Room, where 4 huge furnaces were used to evaporate water from brine, in the Museum of Salt or Musee du Sel, designed by architects Malcotti-Roussey and opened May 2009, in the Great Saltworks at Salins-les-Bains, Jura, Bourgogne-Franche-Comte, France. Salt workers endured terrible working conditions here, feeding the furnaces with wood and collecting salt with rakes. 15th century saltworks were replaced by these industrial buildings in the 18th century, where saline water was pumped from underground wells and evaporated to form salt. Saline water was also piped from here from 1780 until 1895 through 21km of wood then cast iron pipes to the Royal Saltworks or Saline Royale at Arc-et-Senans to be processed. The saltworks at Salins-les-Bains ceased production in 1962 and are now listed as a UNESCO World Heritage Site. Picture by Manuel Cohen 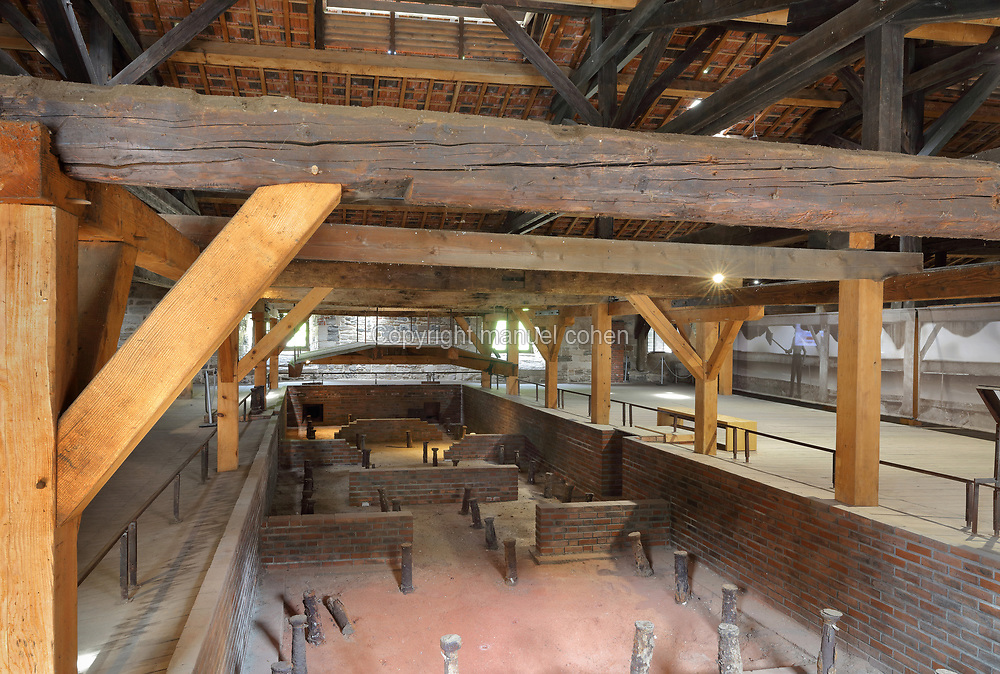